WBAdmin exe is used to perform backup and restoration tasks of systems, hard drive volumes/partitions, all kinds of files/folders, as well as applications from a command-line interface. It is the command-line version of Windows Backup and Restore.

WBAdmin is a disk-based backup system. It can build a “bare metal” backup that can be used to recover OS to similar or dissimilar hardware. Typically, the created backup file(s) are in the form of Microsoft Virtual Hard Disk (.VHD) files together with some accompanying .xml configuration files. The .vhd file can be mounted in Windows Disk Manager for viewing content. Yet, the .vhd backup file isn’t a direct “disk clone”.

WBAdmin can simplify the creation of system backup and restore using its graphical user interface (GUI). Workstation editions like Windows 7 make use of a backup wizard in Windows Control Panel while the server version is done via a (pre-installed) Windows Feature using the Windows Management Console WBAdmin.MSC. The WBAdmin Management Console recovery no matter for a single file or multiple folders.

Relying on the command line or GUI, WBAdmin is able to create a backup that can be easily restored using just the Windows media installation DVD and the backup files saved on a removable storage device. Once the original copy is damaged or lost, you can quickly get it back without reinstalling it from scratch.

Windows 10 reset VS clean install VS fresh start, what’s the difference? Read this post to learn them and choose a proper one for OS reinstallation.

Generally, WBAdmin supports 2 types of restorations as below.

NTBackup is the predecessor of the WBAdmin command-line and it was built in Windows NT 3.5.1, Windows NT 4.0, Windows 2000, Windows Server 2003, and Windows XP.

NTBackup comprises a command-line utility and a set of wizard interfaces that offer multiple options to create, customize, and manage backups. It is integrated with shadow copy and task scheduler. NTBackup exe creates backups in a proprietary BKF file format to external sources including hard drives, floppy disks, tapes, and ZIP drives, as well as MTF (Microsoft tape format) for tape drives only.

Tape Backup: Is It Still Necessary & What are its Advantages

Why need to back up to magnetic tape drives? What are the advantages of tape backup? Who should carry out tape drives backup? Find the answers in this post.

As for reading and restoring older backups created by NTBackup, Microsoft enable NTBackup recovery utility in Windows Vista and Windows 2008. For Windows 7 and Windows Server 2008 R2, they can only read BKF files.

The following is a table listing the main differences between WBAdmin and NTBackup.

How to Use WBAdmin?

After learning the basic information about WBAdmin, now, let’s see how to make use of it to create/delete a backup, enable/disable backup, start a backup, start recovery, and so on. The following content will show the instructions one by one.

Before using WBAdmin, you have to be a member of the Backup Operators or the Administrators group, or you have been authorized with proper rights. If you want to configure a regularly scheduled backup with WBAdmin commands, you must have the privileges of an Administrator.

Besides, you are required to run WBAdmin from an elevated command prompt, CMD or PowerShell. Just right-click the command prompt application and select the Run as administrator option.

How Can You Run Command Prompt as Administrator on Windows?

Do you know how to run CMD as administrator on Windows 10? Now, you can read this post which introduces three simple methods to do this work.

First of all, let’s preview what operations can WBAdmin do.

Windows Server Backup: How to Install and Use It (Full Guide)

Windows Server backup is an installable feature in Windows Server. This post covers the detailed step-by-step guide on using it.

Next, we will pick out some popular WBAdmin commands and introduce them in detail.

This command creates and enables a daily backup schedule or modifies an existing backup schedule. If no additional parameters are specified, it will display the currently scheduled backup settings.

The above example performs a full backup of C: and D:\programs (excluding the Windows.old folder in C:\) using VSS to Disk 1 at seven o’clock in the morning and 9:30 in the evening every day without prompts.

The above example performs a full backup of C: and D:\programs (excluding the Windows.old folder in C:\) using VSS to Disk 1 at seven o’clock in the morning and 9:30 in the evening every day without prompts and verifying backup images for errors.

This command line creates a system state backup of the local computer and saves it on the specified location.

This command order performs a restoration relying on the customized parameters. 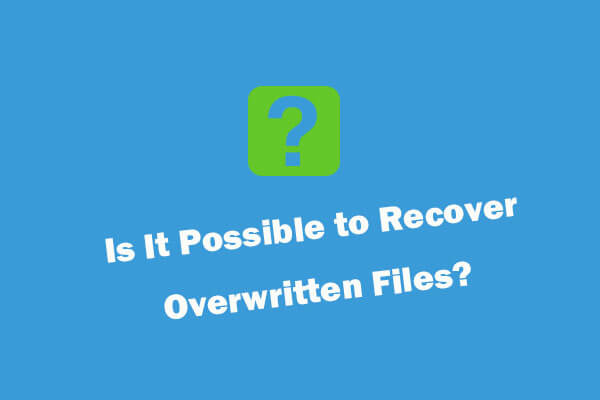 This command runs a system state recovery to a target place from a specified backup. 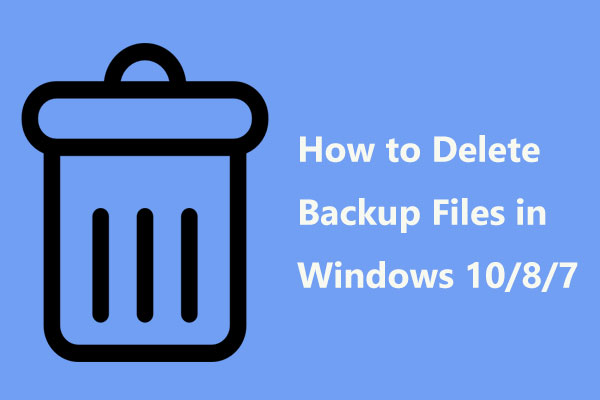 How to delete backup files in Windows 10/8/7 when your backup disk is full? Here are ways to remove Windows backup files on 2 aspects.

This command displays the details about the available backups saved on the local PC or another machine, including backup time, backup storage location, version identifier, as well as the type of recoveries you can perform.

If you use this command line without extra parameters, it will list all backups of the local computer even if the unavailable backups.

Just as mentioned above, Windows Backup and Restore, Windows Server Backup, and NTBackup are the replacements of WBAdmin in different situations, which most of you already have known well. Here, we will introduce another excellent counterpart of WBAdmin.exe called MiniTool ShadowMaker, which is a professional and reliable data backup software. Below is a brief guide for how to use this tool.

1. Download, install, and launch MiniTool ShadowMaker on your computer.

2. When it asks for purchase, click the Keep Trial option on the upper right.

3. In its main UI, move to the Backup tab from the top menu.

4. In the Backup tab, click the Source module to select whatever local items you want, files/folders, partitions/volumes, system, or the entire hard disks.

5. Click the Destination module to choose where you’d like to save the backup image files, internal locations, external hard drives, or NAS.

6. Click on the Schedule button in the bottom left to set up a schedule (daily, weekly, monthly, or on event) to automatically perform backups in the future.

7. Click on the Scheme button next to the Schedule button to specialize what kind of backup you want, full backup, incremental backup, or differential backup.

8. You can also click the Options button in the lower right to do some settings to the backup, including which disk sector to backup, how large the backup image can be, what files to be excluded from the backup, backup encryption, backup image file integrity verification, etc.

9. Finally, click the Back up Now button to start the backup.

Besides, MiniTool ShadowMaker also has a set of commands for data backup. You can run cmd.exe as administrator and run the below command:

Moreover, MiniTool ShadowMaker can also sync files/folders from one location to another, clone the whole hard disk to a new advanced drive, create bootable media, boot computers via a network, connect remote PCs and back up data on them……