What Is a Dual Layer DVD?

To learn the meaning of a dual-layer (DL) DVD, let’s look at the definition of the DVD+R DL and DVD-R DL.

DVD±R dual-layer discs adopt 2 recordable dye layers with each capable of saving about 4.7 GB of data of a single-layer (SL) disc, almost doubling the total disc capacity to 8.5 GB. They can be read on many DVD devices with less compatibility with older ones.

What is double layer DVD? In October 2003, it was demonstrated that double-layer technology could be used with a DVD+R disc, which began to be seen in the market in the middle of 2004 with prices comparable to those existing single-layer drives. In 2005, the dual-layer versions of DVD-R appeared on the market.

However, as of March 2011, DL drives are up to twice as expensive as single-layer media. The latest DL drives write double layer DVD discs at a slower speed (up to 12x) than current single-layer discs (up to 24x). 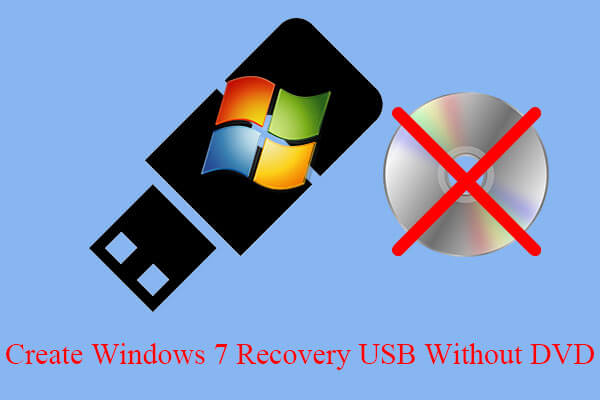 How to create a Win7 recovery USB without DVD or CD? How to use the created system recovery disk? What should you pay attention to during the processes?

In 2005 a specification for dual layer DVD-RW discs with a capacity of 8.5 GB was approved by the DVD Forum and JVC announced their development of the first media in that format. In March 2006, a double-layer DVD+RW specification was approved with a capacity of 8.5 GB. Yet, manufacturing support for those rewritable dual-layer discs didn’t materialize to costs and expected competition from newer and higher-capacity formats such as HD DVD and Blu-ray.

Dual-layer recording enables DVD+R and DVD-R to save significantly more data, up to 8.5GB per disc, compared with 4.7 gigabytes for single-layer discs. Double-layer DVD-R was designed by Pioneer Corporation for the DVD Forum, whereas dual-layer DVD+R was created by Philips and Mitsubishi Kagaku Media (MKM) for the DVD+RW Alliance.

Dual layer DVD discs are different from their common DVD counterpart by employing a second physical layer within the drive itself. The drive of double layer reaches the second layer by shining the laser through the first semi-transparent layer.

There is a noticeable pause (up to several seconds) when the layer change happens in some DVD players, which makes many users think that their dual layer DVDs are damaged. Thus, studios began listing a standard message explaining the double-layer pausing effect on all dual-layer disc packaging.

DVD recordable (DVD-R) discs supporting this technology are backward-compatible with some existing DVD players and DVD-ROM drives. A lot of current DVD recorders support the tech of dual layer and the price of dual-layer media is now comparable to that of single layer discs, though the blank media remain more expensive. Yet, the data transfer rates of DL discs for both reading and recording are still much slower than that of SL drives.

The stacked, shine-through arrangement of layers does come with a small increase in error rate due to reduce the reflectivity of the written layers, and a similar small risk of crosstalk interference. One of the techs adopted to compensate for those reliability drawbacks is a 10% increase in minimum mark (digital 1 or 0) length on the drive with a corresponding 10% increase in rotation speed and a 10% reduction in gross recordable capacity.

That is accounted for the lower capacity of a single-sided dual-layer DVD at 8.5 billion bytes, versus a double-sized single-layer DVD at 9.4 billion (for 12 cm discs). Detail differences in formatting and file structure mean the “usable” data area capacity does not change by exactly this much, but for all intents, a DVD-R DL has effectively 20/11ths the capacity of a DVD-R SL, and the same holds for +R, commercially pressed, and 8 cm discs. 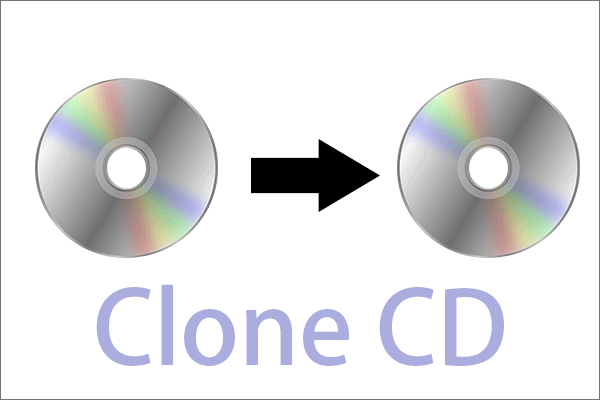 What’s a CD clone? How about the CloneCD software? How to Clone CDs by ImgBurn? Read this article and it will answer those questions one by one.

There are 2 kinds of dual-layer orientation, opposite track path (OTP) and parallel track path (PTP).

That is to say, the beginning of the second layer may not have any recorded material present for minimizing the time the video player spends on locating and focusing on the second layer. So, this offers the shortest possible pause in the content as the layer changes.

Easily, not a few people will mistake the conceptions of OTP and PTP. They may think that for the OTP pattern, the disc will first spin in one direction and then another. That is incorrect! All DVD-Writers will spin a disc in the clockwise direction.

Blu Ray VS DVD: What’s the Difference Between Them?

The two main disc media for movies and TV shows are Blu Ray and standard DVD. This post will give you some information about Blu Ray vs DVD.

The following is a table showing the storage capacities of the 4 most common DVD recordable media, excluding DVD-RAM.