Why do people still bother with command line Windows? Check what you can do with Windows command line commands and what the basic cmd commands are in Windows Command Prompt. If you want to repair, recover, backup and restore Windows 10/8/7, MiniTool software offers full sets of solutions.

CMD, also known as Command Prompt, is the command-line interpreter in Windows operating systems. cmd.exe interacts with the user through a command-line interface but not a graphical users interface (GUI). It offers hundreds of DOS command line commands to allow users to find and manipulate files or conduct some other actions like running CHKDSK, SFC commands to repair Windows 10 errors.

The command line Windows is almost 50 years old, but it’s still being used by many users. Why do people still use command line commands in Windows 10/8/7?

Why Do People Still Use Command Line Commands in Windows

You have several ways to get into command line Windows screen. Here we introduces two simple ways to quickly run Windows 10 Command Prompt as administrator.

You can press Windows + R keys simultaneously to open Windows Run box, type cmd, and press Ctrl + Shift + Enter together to open Windows cmd.exe and run it as administrator.

You can also click Start or the Search Box on Windows 10 computer screen, type cmd, and right-click Command Prompt app to choose Run as administrator.

After you get into Windows Command Prompt, you can type certain command lines to perform different tasks with the Windows command line commands. 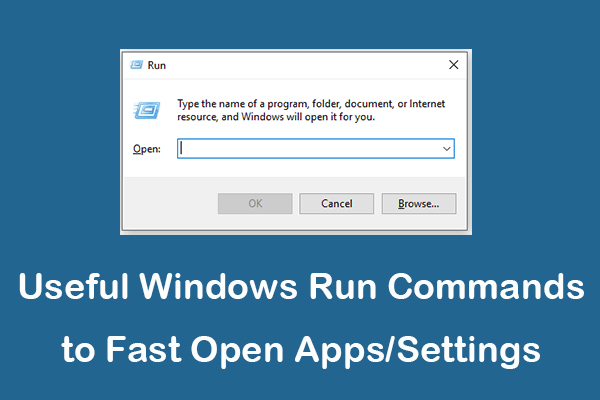 You can use Windows Run commands to fast access tools and settings on your Windows 10/11 computer. Here’s the list of 30 useful Run commands you should know.

As for what are the basic commands in Command Prompt, below we list some commonly used Windows command line commands incl. those related to hard drive partition management and Windows 10 repair.

Dir. You can type dir in the Command Prompt window to list files in the current directory. If you want to list files or directories that begin with the letter “B”, you could type dir b*.

Run a program. You can open and run any executable (.exe) file from the Command Prompt by typing the name of the file.

Change the directory. You can use the cd command to change the folder directory in Command Prompt. After you enter into Windows command line window, you can type cd\ and press Enter on the keyboard, and it will take you to the top directory. Then if you want to access the system32 folder located in C:\Windows, you should type cd windows\system32\, and press Enter.

Change the drive. To switch drives with command line Windows, you can type the drive letter of the drive followed by a colon “:”. For instance, if you want to change to D drive, you can type d: and press Enter.

Diskcopy. Copy the contents of one disk and place them on another disk.

Fixmbr. Write a new boot record for a disk drive.

CHKDSK. You can use CHKDSK command line to diagnose and fix hard drive errors. The command line is like this: chkdsk c /f /r. You should replace “c” with the drive letter of a specific partition.

dism. The DISM command-line tool is used to manage and repair Windows images.

For more Windows command lines, you may refer these two posts below. They list all the basic CMD Commands in alphabetical order and provide explanation of the usage of each command line Windows. 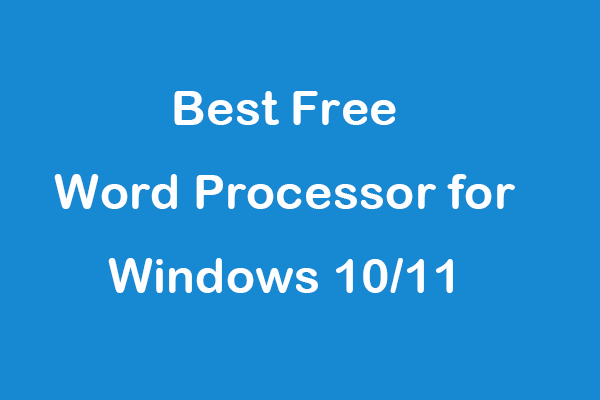 This post introduces the 8 best free word processors for Windows 10/11 that let you easily create, edit, save, and print documents on your PC.