Do you prefer keyboard shortcuts instead of using mouse clicking? Do you know what the keyboard shortcut Ctrl D can do? In this post provided by MiniTool, you can learn about it in some different cases.

In computing, keyboard shortcuts are sequences or combinations of keys on a keyboard. They can be used to invoke commands in software programs to perform specific actions that may be preprogrammed in the operating system of your PC or application. And in different operating systems, the functionality might be different.

Today, we will talk about Ctrl D, it is also known as Control + D, ^d, and Cd, Ctrl+D is a shortcut that varies by program. To use this keyboard shortcut, hold down either the Ctrl key, then press D while continuing to hold it.

What does Ctrl D Do in a Web Browser?

All major Internet browsers (eg, Chrome, Edge, Firefox, Opera) pressing Ctrl+Create a new bookmark or favorite for the current page D. For example, you can press Ctrl+D to bookmark this page now. 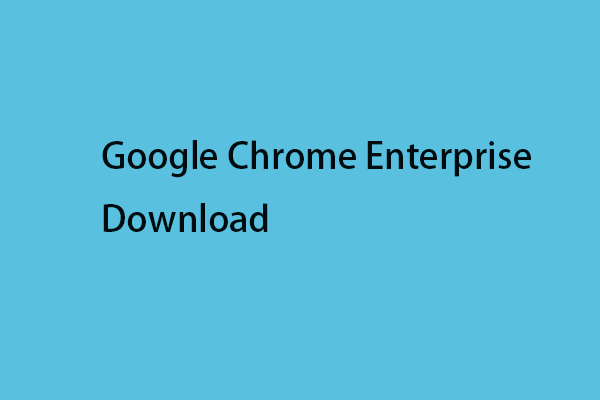 How to free download Chrome Enterprise 32/64 bit for Windows and Mac? This post provides a step-by-step guide for you.

What does Ctrl D Do in Excel and Google Sheets

What does Ctrl D Do in Word

What does Ctrl D Do in Microsoft PowerPoint

In Microsoft PowerPoint, Ctrl+D inserts a copy of the selected slide. Select the desired slide in the thumbnail pane on the left side of the PowerPoint program window and press Ctrl+D. This keyboard shortcut can also be used to duplicate objects such as shapes.

What does Ctrl D Do in the Linux shell

In the Linux command line shell, press Ctrl+D to exit the interface. If you used the Sudo command to execute commands as another user, press Ctrl+D to log out of that other user and return to the user you were originally logged in as.

Also see: What does Ctrl R Do? Here Is What You Need to Know