This Discord formatting guide/post/help tutorial/manual/instruction is a comparatively complete one that shows you the operations step by step with screenshots. You can find almost all formats that are available for the Discord text message. for more related information about Discord, just visit minitool.com.

Discord formatting text means assigning special styles to the text message you sent to your friends. Discord adopts the Markdown system to achieve that. You just need to add a few special characters before and after the message to change its style.

How to Format Text in Discord?

Using special formats on your text message makes it looks more attractive. Below will teach you how to do Discord message formatting with bold, italics, underline, different colors, code block, spoiler, and blockquote.

How to bold in discord?

How to Do Italics in Discord?

Want to turn your text into italics? OK, just add one asterisk * or one underscore _ both before and behind the content. There is no space between the asterisk and the text.

How to Do Discord Strikethrough Text?

Discord Backup Codes: Learn Everything You Want to Know!

Of course, you can add more than one format to the same content. Below lists the special characters you are recommended to add behind and before the target content.

There is no order for different format characters in the mixed format written. For instance, you can also write bold underline like this: __**for example**__. Yet, you can’t take apart the unique unit of a single format and write bold underline like _*_*for example*_*_. Also, the special characters should be symmetrical before and behind the target message, just like programming languages.

Input > at the beginning of a line of text to create a single-line blockquote. While putting >>> before the content which contains multiple lines to make the whole content block quoted. Note that there must be a space between the > and the content.

6 Soundboards & How to Set up a Soundboard for Discord?

How to Go Done a Line in Discord?

As we all know, while we chatting with friends, if we press Enter key on the keyboard while we are typing, it will send the words we already type out, even if we haven’t written anything. Also, we know that in most text documents such as Microsoft Word, if we want to go down a line and start over, we can just press Enter. Yet, we can’t do that while chatting in Discord. Then, how to go start a new line over?

To start a new line while messaging with friends, put your mouse cursor at the line break place and press “Shift + Enter”. Then, your cursor will skip to the very beginning of the next line.

Officially, there is no built-in text highlight with colors function in Discord. Yet, Hightlight.js runs in the background, which allows users to add some common but limited colors to their messages. Actually, the below workaround is working with syntax highlight, by typing the name of a syntax language after the code block characters ```.

In the first line, input 3 backticks and then “diff” (diff syntax highlight). in the second line, start with a single hyphen - and followed by your main content. If your content spreads more than one line, it doesn’t matter; all of them will be red.

Yet, if you manually separate your content by starting a new line, you must use another hyphen at the very beginning of the new line to keep your content in red color. Otherwise, it will turn out to be the default white color.

At the end of your content, start a new line with the other part of the code block characters.

The way to make your chat message green is similar to the way of adding red color, all you need to do is to replace the underscore with a plus + symbol.

In order to write blue text, you need to use “ini” (ini syntax) after the code block characters ``` and wrap your text with brackets [].

Or, you can use “md” and # to create blue color as below: 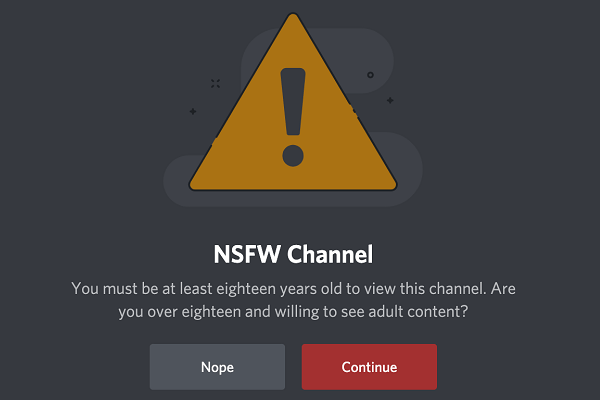 What Is NSFW Discord and How to Block/Unblock NSFW Channels?

Similar to the way for creating blue text, you can create gray with “ini” and # character.

If you replace the “ini” syntax for building a blue message with “css” (CSS syntax) and keep other parameters unchanged, you will get orange message content.

The method to create cyan color is similar to that of painting blue text. The only differences are that you should use “json” (JSON syntax) instead of “ini” and question marks “” instead of brackets.

Or, you can use “bash” (bash syntax) to replace “Jason”. It will also give you cyan.

Or, you can rely on “ml” and question marks.

Or, you can adopt “yaml” syntax.

How to link your Steam account with Discord? Cannot connect Steam to Discord, how to deal with it? Read this post to find workable methods. 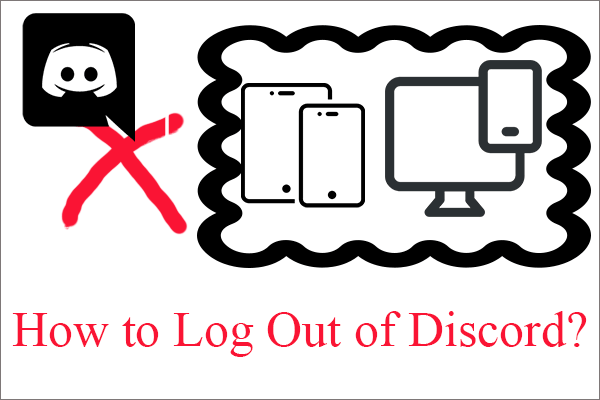 How to Log Out of Discord PC/Mobile/Browser All Devices?

Usually, you need the spoiler tag when you need to hide some words. How to create a spoiler text on Discord? It’s very easy. Just add double vertical lines before and behind the target text and you’ll make it spoiled.

If you want to see the spoiled text, just click on it.

Maybe you just want to type and send underscores or asterisks to your friends. Yet, if you simply type them in symmetrical, it will turn out as underline, bold, or italics. So, you need to take extra actions to avoid the text formatting in Discord.

There is an easier way to create some simple format for Discord messages. When you finish typing your message, before hitting Enter, move your cursor to select the content that you plan to format and select the formats you like in the pop-up menu overlay, bold, italics, strikethrough, blockquote, code block, or a spoiler.

If you know how to change the size or font of text in Discord, or how to format Discord link, channel, post, table, list, etc., please share the ways to our readers in below comment section. Thank you!