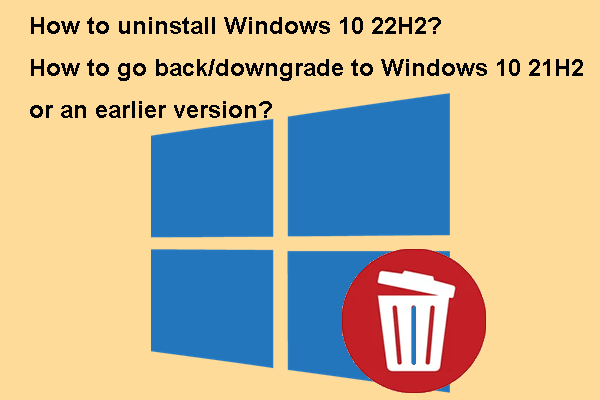 Do you know how to uninstall Windows 10 22H2 and go back to the previous version of Windows 10? You can find a full guide in this post.

The official Windows 21H2 has not been released. The Windows 10 21H2 Insider preview build is not stable. Due to this, you’d better not install it on your main computer.

Read More
Tip: Microsoft has released Windows 11 Insider preview build to the Insiders in the Dev and Beta Channels. So, if you are in one of these two channels, you will not see the Windows 10 21H2 update. Instead, you can download and install Windows 11 on your computer if your device meets the basic software requirements for Windows 11.

You need two steps to get Windows 21H2 on your computer:

After joining the Release Preview Channel, your computer should automatically get the latest Windows 10 21H2 update. You can go to Start > Settings > Update & Security > Windows Update to check whether the Windows 10 21H2 downloading and installing is undergoing.

If you can’t see the update process, you can click the Check for updates button to perform a manual Windows 21H2 update.

You can download and install this software on your computer and use it to scan the drive you want to recover data from. Then, you can select your needed files and recover them to a suitable location.