League of Legends is a popular MOBA game all over the world and can be used on Windows & macOS. Although it is reliable, there are still problems that will be addressed. Today in this post from MiniTool, let’s discuss the issue of League client not opening.

As one of the most popular Multiplayer Online Battle Arena (MOBA) games, League of Legends (LOL) offers a good game experience to you. Although it is a solid game, many issues may occur in some cases, for example, League black screen, error code 004, an unknown Direct X error, etc.

Additionally, sometimes this game doesn’t also work well in Windows 10 and many users reported they had troubles while opening or launching League of Legends. Perhaps you are also bothered by this issue.

In Task Manager, the client program runs in the background but you cannot bring it front. Sometimes an error will be shown saying “client won’t open” or nothing happens.

The reasons for this common problem may be various, including the server issues of LOL, Internet connection issues, installation issues, firewalls, etc. No matter what the reason is for the problem, you need to fix it to play League of Legends and here we display some effective methods.

Run the Game from Installation Directory

If League client won’t open when double-clicking the shortcut on the desktop, you can use the main executable file found in the installation folder to try accessing this game.

Step 1: In File Explorer, go to C:\Riot Games\League of Legends.

Step 2: Double-click LeagueClient.exe and see if LOL can open properly. Also, you can right-click the .exe file and choose Run as Administrator.

Step 3: If the game can run without any issue, it indicates that the shortcut is corrupted and causes League not opening/launching. Then, you can create another shortcut and this post - How to Create a Desktop Shortcut on Windows 10? (3 Categories) is helpful for you.

According to users, League of Legends not opening can be caused by a few processes that are running in the background preventing the main game process. To fix this issue, you can disable all the running LOL processes from Task Manager.

Step 3: Restart LOL and see if it can launch.

Step 1: Go to C:\Riot Games\League of Legends and go to \RADS\system.

Step 2: Right-click the user.cfg file and use Notepad to open it.

Step 4: Open this game again and go to the directory folder to delete the LeagueClient.exe file.

Step 5: Double-click launcher.exe to run LOL in the install directory. If it is not starting, run launcher.admin.exe.

Force the Game to Update Itself

Sometimes League client not opening is caused by a corrupted system file because of the inappropriate installation process. To fix this issue, you can update the game. Note that there is no direct option for the update but you can delete some files from the installation folder to force to update itself.

Step 1: Go to the installation directory and then navigate to RADS > Projects.

Step 3: Go to the solutions folder, delete league_client_sin and lol_game_client.sin.

Step 4: Restart the PC, launch LOL again and it will force the game to update automatically.

When League of Legends won’t open, it may be an issue with the game installation itself – installation files are corrupted. To fix this issue, you can try to repair the installation.

Step 1: Right-click the LOL client on the desktop and Run as administrator.

Step 3: This will take some time to repair the installation. After that, restart the game again.

Sometimes the outdated or corrupted display driver can be the root of the problem of League client not opening. In this case, you need to update the driver. To do this work, you can refer to this post - How to Update Device Drivers Windows 10 (2 Ways). 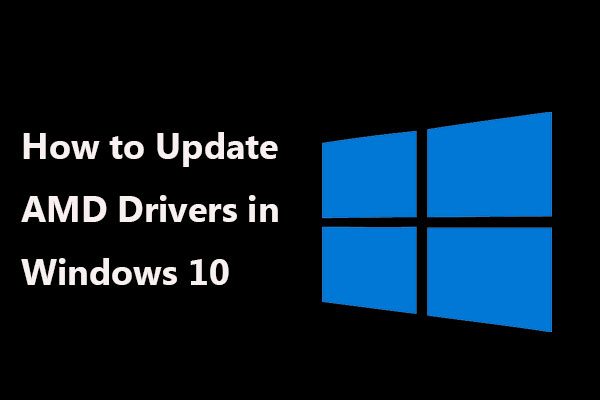 How to update AMD drivers in Windows 10/11? Now, read this post and you can know 3 easy methods for AMD driver update to make the video card run well.

Windows Firewall may block League from opening. To fix this issue, you can allow the game through Firewall.

Step 3: Click Change settings and tick the box of League of Legends.

When League client won’t open, you can uninstall this game from your computer and then reinstall it to see if the issue is fixed.

How to Remove Remnants of Uninstalled Software? Try These Ways!

How to remove remnants of uninstalled software in Windows 10? This post will show you two methods to completely uninstall a program.

Is League not opening in Windows 10? All the possible solutions are introduced to you. Just try them and you can and effectively easily get rid of the common problem.