This article released by MiniTool group mainly discusses a kind of communication protocol between two electronic devices – NFC. It covers its meaning and applications, especially elaborated on iPhone use. Just read the following content to have a thorough understanding.

NFC, Near-Field Communication, is a set of communication protocols for communication between two electronic devices over a distance of 4 cm (1.5 inches) or less. It provides a low connection with a simple setup that can be used to bootstrap more capable wireless connections.

Therefore, that technology is also known as CTLS NFC or NFC/CTLS. NFC can also be used to share files like music and contacts and bootstrap fast connections for sharing larger media such as photos and videos. 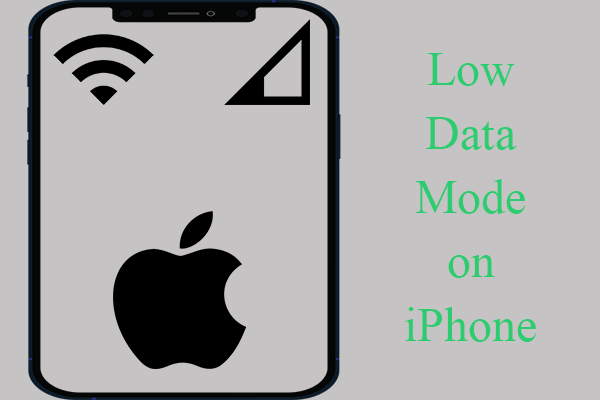 [Review] What Is Low Data Mode on iPhone & How to Turn on/off it?

What Is NFC Tag Reader?

NFC tag reader is an NFC device that works in NFC reader or writer mode, which enables this NFC device to read information stored on inexpensive NFC tags embedded in labels or smart posters. To make the NFC device work in NFC reader/writer mode, cooperation with NFC-available application software is needed.

NFC tags are passive data stores that can be read and under some circumstances written to, by an NFC device. Typically, they contain data and are read-only in normal use, but may be rewritable. Apps include secure personal data storage like credit or debit card info and personal identification numbers (PINs).

NFC tags can be custom encoded by their manufacturers or use the industry specifications.

NFC allows one- or two-way communication between endpoints that is suitable for many programs. The application of NFC technology is wide and including commerce, social networking, gaming, sports, as well as many other fields.

No matter Android or iOS phones, their modern editions all support NFC technology.

HCE enables any Android 4.4 app to emulate an NFC smart card to allow people to initiate transactions with their device. Apps can use a new reader mode to act as readers for HCE cards and other NFC-based transactions. 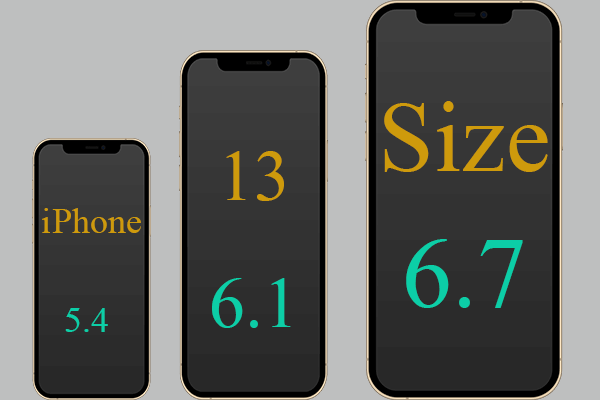 What are the sizes of the coming iPhone 13 series? How many inches are the displays of different iPhone 13 editions? Are they stay the same as iPhone 12?

MasterCard added further NFC support for PayPass for the Android and BlackBerry platforms allowing PayPass customers to conduct payments using their Android or BlackBerry handsets. A partnership between Visa and Samsung added a payWave application on the Galaxy S4 cellphone.

On September 9, 2014, Apple announced support for NFC-powered transactions as part of Apple Pay. The first NFC-supported device is the iPhone 6/6 Plus, which is released on September 19, 2014.

With the introduction of iOS 11, Apple devices allow third-party developers to read data from NFC tags. Since September 2019 in iOS 13, Apple allows NFC tags to be read out and labeled using an NFC app.

NFC-equipped cellphones can be paired with NFC Tags or stickers that can be programmed by NFC apps. Those apps can allow a change of phone settings, texting, app launching, or command execution. They don’t rely on a company or manufacturer but can be utilized immediately with an NFC-equipped smartphone and an NFC tag.

What colors will the iPhone 13 have? Will it be black, white, red, blue, green, purple, pink, or the rumored bronze? This article will give you some hints.

Nintendo Wii U was the first gaming system to take advantage of NFC technology out of the box through the GamePad. Later, the Nintendo 3DS range also includes NFC Tech; NFC is built into the new Nintendo 3DS/XL and in a separately sold reader that uses infrared to communicate to older 3DS family consoles. Besides, the Nintendo Amiibo range of accessories utilizes NFC tech to unlock features.

The Adidas Telstar 18 soccer ball contains an NFC chip that enables players to interact with the ball using a mobile phone.

What Is NFC Tag Reader iPhone?

iOS apps running on supported devices can use NFC scanning to read data from electronic tags attached to real-world objects.

An application can enable single- or multiple-object scanning when the app is active and display a scanning sheet whenever the user is expected to scan something.

Background tag reading enables users to scan tags without opening the app and initiate scanning. It is much quicker. On devices that support background tag reading, the system automatically detects nearby compatible tags whenever the screen is illuminated. If detecting and matching a tag with an app, the system will pop you a notification that you can tap to send the tag data to the app for processing.

However, background tag reading is disabled if an NFC scanning sheet is visible, Wallet or Apple Pay are in use, cameras are in use, the device is in airplane mode, as well as the device is locked after a restart.

How to Use NFC on iPhone?

Then, you need to turn on the NFC on your iPhone settings to enable its function. Just navigate to Settings > General > NFC and switch on the NFC option.

You can further go to Settings > Control Center to move NFC Tag Reader to INCLUDED CONTROLS, which will create a shortcut of NFC tag reader in the control menu.

To access the control menu, swipe from the top-right screen down. Then, you can see the NFC tag reader icon in the list.