This article from MiniTool Corporation will explain to you about the PS5 backwards compatibility applied former generations of games one by one, PS4, PS3, PS2, PS1, PSP, as well as PS Vita.

What is PS5 Backwards Compatibility

PlayStation 5 backwards compatibility refers to the kind of ability that PS5 console can play games on the former PlayStation consoles including PS4, PS3, PS2, PS1, as well as the original PlayStation. This feature has been absent from their last few generations of consoles. Now, PS5 picks it up again and it is one of the most mentioned features by Sony.

What generations of PS consoles that are compatible with PS5? Find the answers below.

Is PS5 backwards compatible with PlayStation 4? Of course! It is confirmed by Sony. So, will PS5 play PS4 games? In general, yes. Why “in general”, because there are still PS4 games (less than 1%) that can’t be played on PlayStation Five.

This article introduces three methods for how to transfer data from PS4 to PS4 Pro: PS4 console to PS4 Pro, through cloud storage and via external hard drive.

With the leap from PS4 to PS5, Sony tries its best to ensure a smooth transition. An overwhelming percentage, probably more than 99%, of PS4 games, are backwards compatible on the fifth generation of PlayStation. Sony even announced plans to reduce the number of games that aren’t backwards compatible, which is no larger than 10, by future updates and patches for PS5.

Tip: The 10 PS4 games that are not compatible with PS5 are: DWVR, Afro Samurai 2 Revenge of Kuma Volume One, TT Isle of Man - Ride on the Edge 2, Just Deal With It!, Shadow Complex Remastered, Robinson: The Journey, We Sing, Hitman Go: Definitive Edition, Shadwen, and Joe's Diner.

A great many of video games from PS4 feature free upgrade paths, enabling game players to enjoy enhanced graphics and performance, such as ray tracing reflections and much faster loading time, when they play their old games on the new console. Huge games like CyberPunk 2077, Spider-Man: Miles Morales and Doom Eternal will experience this free enhancement.

Generally, PS5 is not backwards compatible with PS3. So, will PS5 play PS3 games? No, it won’t! Yet, some remasters are playable on PS Five. Some high-profile games of PS4 remaster from PS3 that can be played on PS5 include The Last of Us and Uncharted: The Nathan Drake Collection. That indicates that PS4 backwards compatibility PS3 is somehow true.

Also, the PlayStation 5 console cannot play PS2 DVDs and any PS2 Classics you may have bought on the PS3.

The PlayStation Classic Gets Hacked To Allow Additional Games

PlayStation Classic is hacked recently, so additional games can work on it through a USB drive.

As you can figure the answer after reading the content in the above, PS5 can’t play PS1 original games including PlayStation One discs and PS One Classics that you may have purchased on PS3 or PSP in the past. Yet, there are a few PS4 remasters that are able to be played on PS5, such as Crash Bandicoot N. Sane Trilogy, Spyro Reignited Trilogy, PaRappa the Rapper, and MediEvil.

Similarly, the PS5 consoles aren’t able to play original PlayStation Portable or PlayStation Vita games except for few ones that are remastered for the PS4 like Patapon and Gravity Rush. As for PSP’s UMD discs, PS Vita’s cartridges, and any PS Store purchases for either handheld console, they are not appliable to the latest PS5. 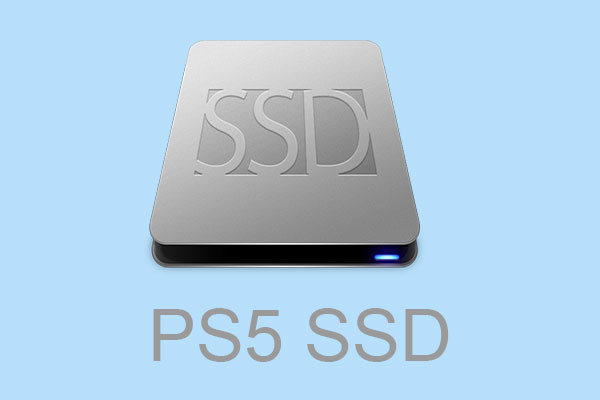 Which SSD drives are compatible with PS5? What are the sizes of PS5 SSDs, both internal and external? How to transfer PS4 Data to PS5? Finds answers here.