This essay written by MiniTool Official introduce you altogether 6 Discord soundboard software or bots. You can pick one based on your own needs. Also, it shows you how to make a soundboard for Discord.

Soundboard, in the music field, refers to the surface of a string instrument that the strings vibrate against, usually via some sort of bridge. Many string instruments incorporate soundboards, such as pianos and guitars. The resonant feature of the sound board and the interior of the instrument increase the loudness of the vibrating strings greatly. (from Wikipedia)

Instead of the physical structure of a string instrument, the soundboard we will talk about here is a kind of computer program that helps other applications (e.g. Discord) to produce special sound effects. Thus, it will make your Discord chatting more interesting.

Generally, the soundboard for Discord is a type of sound tool to create special voices for Discord software.

Discord Backup Codes: Learn Everything You Want to Know!

Below are some of the best soundboards for Discord. You may already hear of them before.

Resanance is a free soundboard for Discord to pump some dank tunes, play your hottest mixtape, or annoy your friends with the loudest of sounds. It is compatible with Windows 10/11, Windows 7, and Windows 8.1/8 of 64 bit. Besides Discord, Resanance also works with Skype, Zoom, Teamspeak, Curse, and so on.

EXP soundboard supports almost all MP3s and WAVs. Its sounds can be triggered with custom keyboard hotkeys and played through up to two outputs like your speakers and virtual audio cable. EXP also enables your microphone to pass into the virtual audio cable when allowing Mic Injector. Besides, it incorporates a save utility.

Using Voicemod, you can spice up your Discord party chat with sounds and effects. No matter you simply have fun with friends or try to level up your roleplaying session, just press certain buttons and you will get wonderful reactions.

[Full Review] Is Voicemod Safe & How to Use It More Safely?

Below are some popular Discord soundboard bots. Choose one that suits you.

Blerp is an online sound sharing platform that you can integrate into Discord via its bot. it enables you to select from its over 1 million sound bites. For sound memes, you can search on their servers for the ones you want. Moreover, you are able to upload your own sound clips onto Blerp’s servers.

RikcBot is an all-purpose meme bot that you can rely on for sharing clips, soundbites, and GIFs in Discord. It also supports custom soundboards that you can manage on the RickBot dashboard. Moreover, RickBot can play Spotify playlists so you can curate your server’s soundtrack.

Besides sounds, The Discord Soundboard allows you to add music to Discord channels as well. It supports playing YouTube videos; so that you can access the various kinds of music on YouTube. What’s more, you can also choose local music files and play them with this soundboard bot.

Get The Discord Soundboard >> 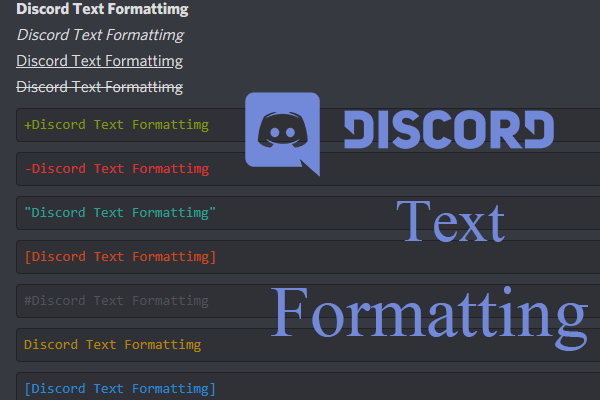 How to Use a Soundboard for Discord?

To set up a soundboard for Discord, first of all, you have to choose a virtual audio device like VB-CABLE, download, and install it on your PC.

Tip: If your soundboard Discord is Resanance or Soundpad, you already have VB-cable installed when installing the soundboard.

Open Discord, go to User Settings > App Settings > Voice & Video > INPUT DEVICE and select CABLE Output. Then, every sound playing on your machine will be heard by people in Voice Chat. Yet, since you have changed your input device, nobody can hear your mic. Let’s continue to fix the problem!

Step 3. Route Your Mic Through Your Virtual Audio Device

In Windows, go to Settings > System > Sound. Under Input, choose your input device as Microphone. Then, click Device properties underneath.

Finally, you are done! Your soundboard for Discord and all other desktop audio will play straight to your Voice Chat and so will your microphone.