Elden Ring, released by Bandai Namco Entertainment in 2022, is an action role-playing video game. It’s available on platforms like PS4, PS5, Xbox One, Xbox Series X/S, and Windows PC. It is rather popular with gamers. To be specific, it has sold 12 million copies in the first 3 weeks after its release date.

If you wonder “is Elden Ring cross-platform” like other gamers, read this post to get the answer: Is Elden Ring Cross Platform? Can You Cross Play on PC/Xbox/PS?

If you suffer from Elden Ring crashing on PC issue, you can read this guide in which ten fixes are offered.

The focus of this post is the Elden Ring crashing PS5/PS4/Xbox One/Xbox Series X|S issue, including the causes and troubleshooting solutions.

You should figure out two questions before proceeding.

Is Elden Ring on PS4?

As the game has launched well into the new generation of consoles, plenty of gamers wonder “is Elden Ring on PS4”. They don’t know whether PS4 can handle the colorful carnage and swordplay against characteristically ominous monsters.

Fortunately, the answer is “Yes”. Elden Ring is available on PS4 and it runs reasonably well.

However, the frame rate on PS5 is not consistent.

In addition, the shadow quality, textures, and draw distance are also higher on PS5 consoles. Some graphics elements won’t be available on the PS4 version of Elden Ring. The game indeed pops out a bit more on PS5 compared with the PS4, but you will obtain much better performance if you run the game in backward compatibility mode on PS5.

Elden Ring PS4 vs PS5: which is better? The answer depends on your preference.

A lot of factors can cause the Elden Ring crashing PS5/PS4 issue. Here, we summarize them as follows.

You should try restarting the PS5/PS4 console when Elden Ring crashing PS4/PS5 issue or other game bugs occur. This operation can solve any temporary error that happened because of the old cache. Follow the given steps to restart your PS5 or PS4 console.

If Elden Ring keeps crashing PS5 after a restart, check if you have the latest game version or PS4/PS5 firmware. If they are not up to date, update them manually.

If you are a PlayStation console beginner, connect the console to the Internet. After that, it will automatically check for game updates. You can also update Elden Ring by yourself with the steps below.

Step 2: Go to the top of the main menu and navigate to the Games tab.

Step 3: Find Elden Ring from the list and highlight it with the cursor.

Step 4: Press Options on the controller and then choose Check for Updates from the drop-down menu.

Step 5: If there is any update, the console will automatically download and install it.

MiniTool Partition Wizard is strongly recommended as it can help you format a drive larger than 32GB to FAT32, while other tools like Disk Management and Command Prompt can’t do that. Follow the steps below to format your USB drive to FAT32 and then update your PS5 system firmware.

Data on the USB drive will be deleted during the format process. If you have important data, make a backup using a USB clone tool in advance.

Step 1: Download and install MiniTool Partition Wizard by clicking the button below and following on-screen instructions.

Step 2: Connect the USB drive to your computer and run MiniTool Partition Wizard.

Step 3: Right-click on your USB in the disk map area of the program and click Format.

Step 4: In the prompted window, choose the FAT32 file system and click OK to save changes if you don’t have other demands.

Step 6: Then create a folder named PS5 in the formatted USB drive.

Step 7: Inside the PS5 folder, create a “UPDATE” folder.

Step 9: Plug the USB drive with the update file into your PS5 console.

Step 10: Boot the PS5 console in Safe Mode by pressing and holding the Power button until you hear the second beep.

Step 12: Choose Update from USB Storage Device > OK. Then wait for the finish of the update process.

If you run a PS4 console, you can install the update from USB by referring to this tutorial.

The Elden Ring crashing PS4/PS5 issue sometimes happens because of corrupted game data. It may indicate that you may have a corrupted game save if Elden Ring keeps crashing PS5 only at a certain point after loading a particular saved data. In this case, clear the defective game data to fix the issue.

According to user reports, this operation can also resolve several issues occurring during the game launch or play process. Here are the steps to clear Elden Ring game data.

Step 1: Go to the home screen of the PS5 console and open the Settings menu by clicking the gear icon.

Step 4: Put a checkmark on the box that is close to the Elden Ring file and choose Delete.

Step 5: Follow the on-screen instructions to finish the process.

Step 2: Select either System Storage or Online Storage or USB Storage and then choose Delete.

Step 3: Click on the Elden Ring game and checkmark the files that you would like to delete or simply Select All.

Step 4: Choose Delete and then click OK to confirm the operation.

Do You Need PlayStation Plus/Xbox Live to Play Warzone [Replied]

Solution 4:  Clear the Cache on the PS5/PS4 Console

Deleting the cache on the console is a quick way to fix the Elden Ring crashing PS5/PS4 issue. This method is also useful for solving unexpected and unexplained crashes, which has been proven by many gamers. To clear the cache, simply follow these steps.

Rebuilding the database on the PS5/PS4 console can remove broken files and clean up the storage unit to speed up the console. As this operation won’t remove any existing software, game data, or settings, you don’t have to worry about data loss. However, the process may take a long time to complete if there are chunks of saved data on the console.

The steps to rebuild the database on PS4 and PS5 consoles are much the same.

How to Clean up Your Computer? Top 8 Methods for You

PC cleanup enables you to have abundant disk space and system resource. If you don’t know how to clean up your computer, please read this post now.

Solution 6: Ensure that the System Is Not in Rest Mode

If the console enters the rest mode, it could lead to the Elden Ring PS5 crash issue. Hence, you’d better avoid putting your console into the rest mode. Well, you can set that on PS5 consoles by following these steps.

To get out of the rest mode on PS4 consoles, you can read this tutorial.

Step 1: Navigate to the PS5 Settings menu and then open the Power Saving tab.

If Elden Ring crashes on Xbox One/Xbox Series X|S, pay attention to the solutions below. They also work for the Elden Ring not launching Xbox issue.

Read Xbox Series X VS Series S to learn the difference between the two consoles.

Restarting Xbox consoles can solve errors like Elden Ring not launching & crashing. You can do that using the steps below.

Step 1: Head to the home screen and choose Settings.

Step 4: After the console boots again, try connecting to the Internet and playing Elden Ring to see if the error still persists.

Solution 2: Set the Status to Offline

Though it takes some time to go offline status, it’s worth having a try. Here are the steps for doing that.

Step 1: Press the Xbox button on the controller.

Step 2: Move to the profile section and choose Profile & system.

Step 5: After that, go to the game library and run Elden Ring again.

If your Elden Ring version is outdated, it may crash because of compatibility issues. A good way to fix the issue is to keep the game up to date.

Additionally, you should also update your Xbox firmware to the latest version to avoid issues like Elden Ring crashing Xbox. This method is helpful for solving the Elden Ring not launching Xbox issue. The following steps show you how to update Xbox Series X/S automatically.

Step 1: Likewise, press the Xbox button on the controller.

Step 3: Navigate to the Ready to install tab and choose Queue.

Step 4: Choose Elden Ring and press the Menu button on the controller.

Step 7: Confirm the operation and wait for the finish of the process.

Step 8: Reboot the console and then press the Xbox button on the controller again.

Step 10: Go to the Ready to install tab and hit Install. Then wait for the finish of the installation process.

If you encounter other similar errors, write them in the following comment area. We would try our best to help you. For any questions about MiniTool software, contact us by sending an email via [email protected]. 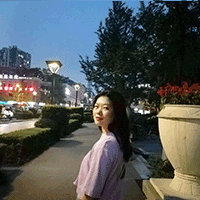