Is SSHD good for gaming? Some budget-limited gamers may want to know about this question. This post from MiniTool will explain this issue to you in detail and recommend you a nice gaming SSHD.

SSHD, short for solid state hybrid drive, is a storage device that combines SSD and HDD to balance the cost and performance. How does an SSHD work? To figure out this question, you should know how an HDD works and how an SSD works first.

How to Does an HDD Work?

Introduced by IBM in 1956, the HDD (Hard Disk Drive) is the dominant secondary storage device for general-purpose computers beginning in the early 1960s. It is mainly composed of platters coated with magnetic material, magnetic heads, and a rotating spindle.

As you can see, HDDs use magnetic material to store data. When you write data through the magnetic head, the electromagnetic current will change the magnetic poles of the material on the platter to positive or negative. They are regarded as 1 and 0, the minimum unit of data (bit).

Similarly, when you read data, the magnetic head is just recognizing the positive and negative poles of magnetic material on the corresponding position of the platter. Then, it will show the result to you.

SSD VS HDD: What's Difference? Which One Should You Use in PC?

What’s the difference between solid-state drive and hard drive? Which one to use for your PC? Read this post to learn more on SSD VS HDD now.

How Does an SSD Work?

MLC, TLC, and QLC SSDs will have more threshold voltages in the cell. This may bring some disadvantages. To know more, please read this post: NAND SSD: What Does NAND Flash Bring to SSD?

How Does an SSHD Work?

As mentioned above, SSHD is a combination of SSD and HDD, but how does it combine SSD and HDD? You will understand it better if you see what is inside an SSHD.

Usually, in an SSHD, the NAND flash memory chip’s capacity is very small, ranging from 8GB to 32GB. It usually serves as a cache to store frequently used files (hot data) while HHD space is used to store cool data that is not used frequently. By using this way, the SSHD will be faster than a pure HDD.

But which data elements are prioritized for NAND flash memory? This is at the core of SSHD technology and it will be decided by device firmware, device drivers, software modules, or device drivers.

How to Upgrade to Solid-state Hybrid Drive (SSHD)?

Is SSHD Good for Gaming?

Before explaining this problem, I need to remind you that CPU, graphics card, and RAM are the most important factors that affect the gaming experience. As for the hard drive, it just affects the game load speed.

Is SSHD good for gaming? Yes, it is. SSD, HDD, and SSHD can be all used for gaming, but each of them has its advantages and disadvantages.

SSHD VS SSD: What Are the Differences and Which One Is Better?

What are the differences between SSHD and SSD? Which one is better for your PC or laptop? This post provides some information on SSHD vs SSD.

Therefore, Seagate FireCuba becomes the only reliable gaming SSHD choice. In addition, it’s still in mass production, and you can easily get one from Seagate.

According to Seagate, the FireCuba SSHD will be 5 times faster than an ordinary HDD. If your PC is a desktop, the Seagate FireCuba SSHD is a good choice. However, if your PC is a laptop, I recommend you invest in an SSD or choose another SSHD. The reasons are as follows:

If you want to choose an SSHD by yourself, you need to remember that the bigger the NAND capacity, the better the SSHD.

Seagate FireCuda vs BarraCuda: What Are Their Differences?

Some people may want to upgrade their PC from HDD to SSHD, or from SSHD to SSD. To do that, you have 2 ways: reinstall OS or migrate OS.

In most cases, OS reinstallation is recommended because this will bring a clean PC. But since you are a gamer, I recommend OS migration to you because the game download and installation will take a lot of time. In addition, the saved game files may also be removed.

To migrate OS, I recommend you use MiniTool Partition Wizard. Here is the guide:

Step 1: Launch MiniTool Partition Wizard and then click on Migrate OS to SSD/HDD in the toolbar. 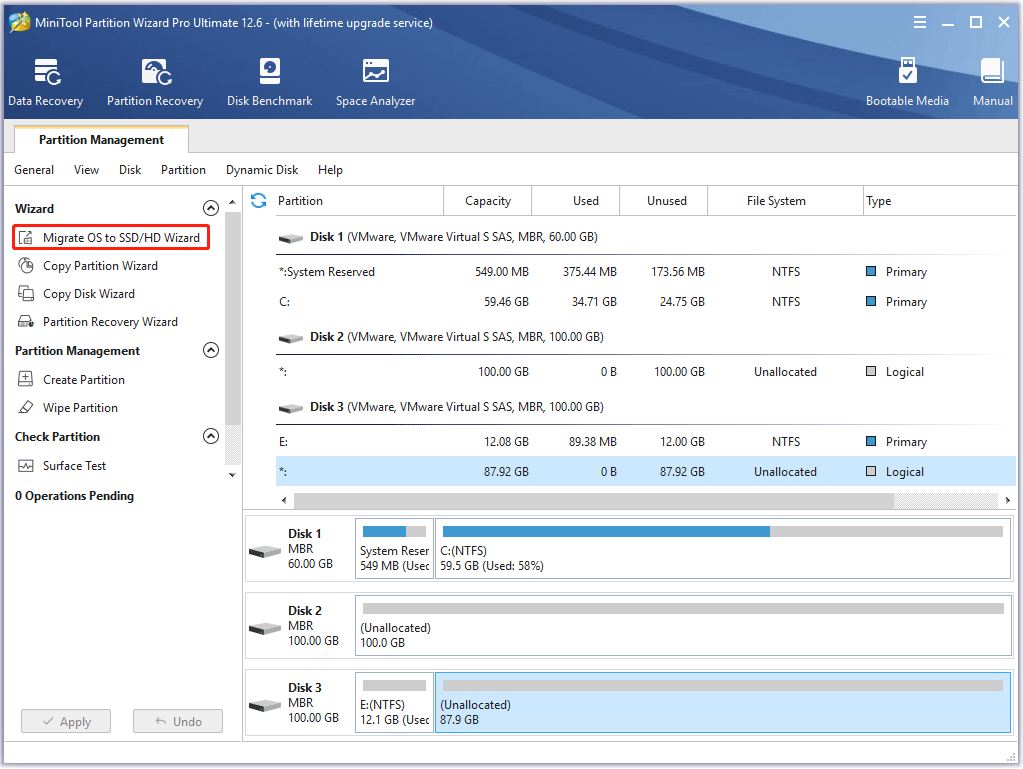 Step 2: Choose how to migrate the OS and click Next. Option A is recommended because it will clone all partitions and data to the new drive. Thus, your games and other apps can continue to run normally on the new drive after the OS migration.

Step 3: Choose the new drive as the destination disk. You can identify that by the capacity and model. Then, click Next. A warning window may pop up. Read it and click Yes.

Step 4: On the Review the changes window, you can choose copy options and adjust the target disk layout. Then, click Next. In most cases, you can keep the default options. But if you are in the following cases, you can also do some adjustments:

Step 6: Click the Apply button to execute the pending operation. A window may pop up, click Yes.

How to Change Boot Drive Windows 10? Here Is a Detailed Tutorial

Is SSHD good for gaming? This post will tell you the answer. In addition, it also tells you how an HDD works, how an SSD works, and how an SSHD works.Click to Tweet

Does this post answer your question? Do you want to know other aspects of the SSHD? Do you have other opinions about SSHD gaming? Do you know other good gaming SSHDs? Please leave your comments in the following zone for discussion or sharing.

In addition, if you encounter problems when using MiniTool Partition Wizard, please feel free to contact us via [email protected]. We will get back to you as soon as possible. 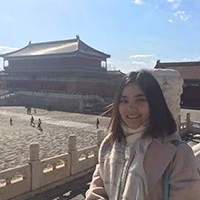