Windows Firewall is the one commonly used in our life and some people may add antivirus programs as their right hand to avoid accidents. This article about antivirus vs firewall on MiniTool Website will teach you their differences and show you a better way to avoid data loss.

Whether antivirus or firewall, they both play as computer guards to battle against any potential risks that may cause severe computer issues. But if you want to figure out the difference between antivirus and firewall, you can learn them separately first.

First of all, let us resolve these two fundamental questions – what is antivirus and what is firewall?

The antivirus is set as the software used to prevent malicious virus codes or programs coming from the Internet. And antivirus software mainly operates in three moves to finish its tasks – detection, identification, and removal.

There are some features the antivirus has:

There are some features the firewall has:

The next part will compare antivirus to firewall in different aspects.

Antivirus is implemented only as software. Most of these built-in antivirus software work intuitively with other system software to provide extensive protection, such as Windows Security.

Firewalls can be divided into two major types – a software firewall and a hardware firewall. Although they share the same function, the difference exists. If you want to know more about their difference, you can refer to this article: Hardware vs Software Firewall – Which One Is Better.

Antivirus runs in the background so it can detect an infected file or malicious code immediately it enters your computer and gets rid of it.

A firewall deals with external threats only but saves the system from all kinds of threats to the system. A firewall only monitors what is coming into your computer network instead of what’s already in or what’s going out.

In other words, if those viruses or malicious codes have been stuck in your computer, the firewall is not going to work. In this way, you need to resort to the function of antivirus.

Antivirus works on the scanning of infected files and software and checks the threat from malicious software. The work target is limited. If you receive or download files that hold viruses, the antivirus software won’t react to it until the file has been saved on your computer.

Besides, antivirus can’t identify all malicious virus codes such as a type of malware that’s not in its database, but once antivirus software locates and targets the virus, it will be isolated and never come again. 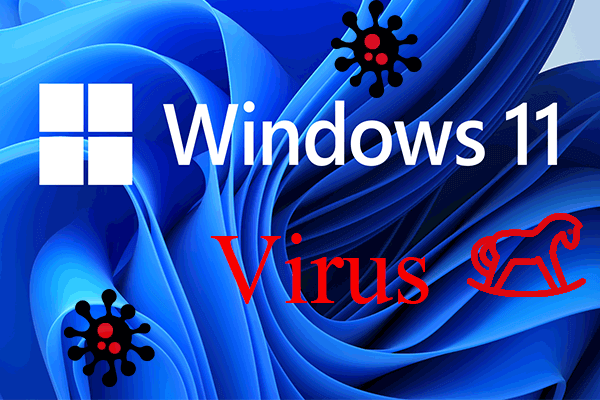 Have you encountered Windows 11 Virus or malware yet? How do you find it? How do you handle it? Do you have some ideas about how to avoid it?

The firewall works on monitoring and filtering and checking the threat from incoming packets. It works at a network protocol level that monitors traffic and then filters the traffic to decide which one goes into the network.

If the data and IP address doesn’t meet the protocols, the firewall will respond to stop this kind of access.

Antivirus often work with a database that contains the types of viruses and malware they can identify and the manufacturer is mainly responsible for its configuration.

Malware VS Virus: What’s the Difference? What to Do?

What’s the difference between malware and virus? This post focuses on malware vs virus and you can read it to learn much information.

Since an antivirus can’t stop a virus that doesn’t exist in the database, it’s important to update the database and that is the responsibility of manufacturers.

You are allowed to configure some settings, such as CPU usage, schedule scans, quarantine or data backup folders, and scan exclusions.

You have more configurations to do with a firewall than with an antivirus. Although you can enjoy better flexibility, there are some defects. If the configuration you have set is not proper, you may leave a bug for those attackers.

The firewall comes with default configurations to keep bad traffic away and its programming is more complex than the antivirus.

In antivirus, no counterattacks are possible after removing the malware. Once the antivirus detects the trace of viruses or any malicious files, they will be gone and no chance is left for counterattacks.

Some hackers will try everything to create undetectable viruses but there is some antivirus software developed to detect encrypted and compromised files in case of any leaks of viruses or malware.

In firewall, counterattacks are possible such as IP Spoofing and routing attacks. Especially DoS attacks are on the rise and this kind of attack can be created by hackers using the IP Spoofing technique.

As we mentioned, firewall users will enjoy a more flexible configuration, which can be a defect leading to the involuntary editing of your data packets by hackers. To avoid such a possibility, you need a very advanced firewall configuration.

An Overview of Their Major Differences

Some Recommendations for Antivirus and Firewall

Bitdefender’s plans end up with $29.99 for one year with features including anti-spam, ransomware protection, PC cleanup, and file shredder.

Avast’s price is required from $34.99 per year to $59.99 per year with features including anti-spam, ransomware protection, file shredder, secure sandbox, and software updater.

This firewall has two versions – Pro and Free versions. It has an easy-to-use interface and great antivirus engine but some better features are only accessible to Pro users.

GlassWire is also a popular firewall with a stylish interface and easy-to-use process but compared to other rivals, GlassWire has some limited features and the amount of info can overwhelm.

Windows Defender is well-known among people. It is part of a suite of security tools included by default with Windows installations. It runs to facilitate your protective strategy but additional features are limited. 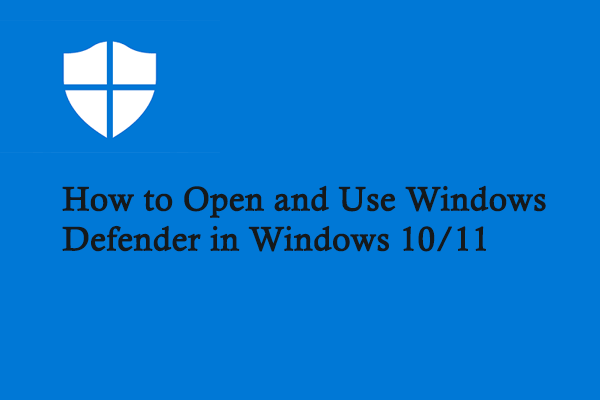 How to Open and Use Windows Defender in Windows 11/10

This post teaches you how to open and use Windows Defender in Windows 11/10 to protect your computer against malware, spyware, virus, etc.

How to Improve Your Data Security?

Now, you have an overall picture of the antivirus and firewall. To some extent, these two tools can make up for the disadvantages of each other. For different purposes, they are designed to create a protective shield for malicious software and unauthorized access.

But don’t think that is a full-fledged strategy to battle against all risks. Some hackers will try everything to break out of the shield, which can lead to data loss, system crashes, etc.

After all, antivirus software does not detect all viruses and malware and a firewall is not always impenetrable.

First of all, you need to download and install the program and you will get a 30-day trial version for free.

Step 1: Open MiniTool ShadowMaker and click Keep Trial on the top right corner. And then switch to the Backup tab.

Step 2: Click the Source section and in the pop-up window you can choose backup content including system, disk, partition, folder, and file. By default, the system has been set as the backup source already.

Step 3: Go to the Destination part where you can see four options containing the Administrator account folder, Libraries, Computer, and Shared. Then choose your destination path. And then click OK to save your changes.

Tip: It is recommended to back up data to your external hard disk in case of computer boot failure.

Step 4: Click the Back up Now option to start the process immediately or the Back up Later option to delay the backup. The delayed backup task is on the Manage page.

This article shows you an overall picture of antivirus vs firewall. If you like this article and think this article resolves your question, you can share it on Twitter.Click to Tweet

This article about antivirus vs firewall has introduced their differences in different aspects. If you have both antivirus and firewall on your computer and think that would be perfect, then you are wrong. You still need a backup plan for your important data. It’s a much more important step to safeguard your data.

If you have encountered any issues when using MiniTool ShadowMaker, you can leave a message in the following comment zone and we will reply as soon as possible. If you need any help when using MiniTool software, you may contact us via [email protected].

The traditional firewall is dead or at the very least dying. Cloud computing and hybrid environments, mobile access, and online applications have made firewalls all but obsolete, and data center operators should consider replacing their firewalls with more fine-grained security technologies, experts say.

Do I need an antivirus if I have Windows Defender?

Windows Defender scans a user's email, Internet browser, cloud, and apps for the above cyber threats. However, Windows Defender lacks endpoint protection and response, as well as automated investigation and remediation, so more antivirus software is necessary.

Can the firewall be hacked?

A firewall may be secure, but if it's protecting an application or operating system with vulnerabilities, a hacker can easily bypass it. There are countless examples of software vulnerabilities that hackers can exploit to bypass the firewall.

Is firewall more important than antivirus?

While antivirus software helps to protect the file system against unwanted programs, a firewall helps to keep attackers or external threats from getting access to your system in the first place. Other threats travel from computer to computer without the knowledge of the user.