Overview of the Computer Workstation

The computer workstation has these five features. Details are as follows:

SSD: SSD’s working method is different from conventional HHD’s. There are no moving parts, so there is less chance of physical failure. But, it’s more expensive than HHD.

Optimized GPU: All computers need to output to the screen. Having a higher-end GPU means that your CPU will do less work in the processing screen output.

The following are the types of workstation pc.

Multimedia: CPU and GPU usually work together in multimedia or production systems to encode, edit and produce professional audio/video. Maybe you are interested in this post - Top 4 Free Windows 10 Video Editors You Can Try 2020. 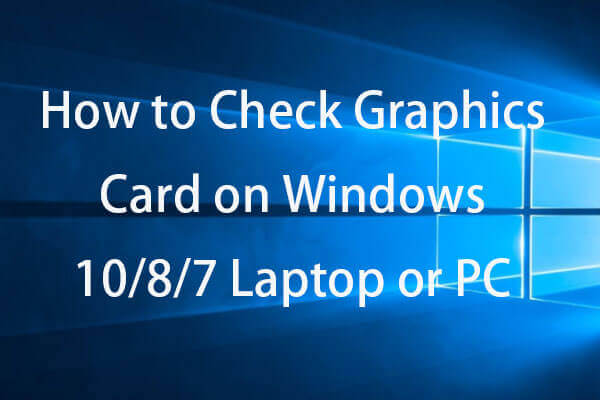 Graphical Production: The 2D/3D images and animations are produced by this kind of computer workstation.

What Is the Best Workstation Computer?

Apple Mac Pro (2019) becomes one of the most modular computers to date. The CPU of it is up to 28-Core Intel Xeon W and graphics is up to AMD Radeon Pro Vega II Duo. RAM is up to 1.5TB and storage is up to 8TB SSD.

If you like the design of Apple devices while using its software, then iMac Pro is an excellent workstation. Its all-in-one shape gives you enough space on your desk, but it is very expensive, which makes it unavailable for some people.

Lenovo Yoga A940 has a good price. However, it still has powerful features to meet the needs of professionals who cannot afford Apple ’s more expensive machines.

Microsoft has produced an excellent all-in-one workstation with features and ideals comparable to Apple's iMac. If you are addicted to the Windows 10 ecosystem, then this is a great alternative to iMac Pro.

Now, let’s see the information on desktop vs workstation.

Performance - A desktop can do most tasks like email, web surfing, and word processing. However, the computer workstation can do more. It can handle CAD, animation, data analysis, and photorealistic renderings. Besides, it can handle video and audio creation and editing.

To sum up, you have known the definition, types, and features of the computer workstation. Besides, you acquire some information about the best workstation computer as well as the information on the workstation vs desktop. I hope this post can be useful to you.