What Is a Human Interface Device?

Just by its name, you will think this creepy device comes from something out of a sci-fi movie but, simply, the HID standard was adopted primarily to facilitate innovation in PC input devices and to simplify the process of installing such devices.

In fact, there are many applications for this feature, such as a multimedia keyboard, and Bluetooth headset control buttons – these are useful features, if you find that these features don't work, you may want to open the service.

The service only supports some simple devices, such as the volume control on your keyboard; if you are used to doing some controls on the keyboard, this feature can greatly improve the efficiency of use.

Enables universal input access to the Human Interface Device (HID), which initiates and maintains the use of predefined shortcuts on this keyboard, remote control, and other multimedia devices.

If the service is stopped, the service control button will no longer be in effect. If this service is disabled, any services that explicitly depend on it will not be able to start.

You can find this feature in your Device Manager. Press the Win + X keys and click on Device Manager from the menu. Then expand Human Interface Devices and you will see all your related devices.

Prior to HID, different types of input devices have their own protocols, which means there is one protocol for the mouse, one for the keyboard, and so on. The device needs to use an existing protocol or create a custom driver.

The Human Interface Device (HID) protocol is a USB protocol widely used in electronics. It is created to accommodate peripheral computer hardware used by human users and the protocol is built into many typical devices sold on the market. It quickly became popular for its friendly wide use.

Thanks to the HID protocol, it is easier for companies to produce widely compatible accessories. Because all modern operating systems now support the HID protocol, you can plug a USB keyboard into a Windows PC, Mac, Chromebook, or even an Android tablet and have it work instantly.

For example, when you plug a USB controller into your PC, that will work immediately for the operating system. The operating system interprets the data and classifies the device, which can make it usually control the game even without the efforts of the game developers.

If Your USB Port Not Working, These Solutions Are Available

USB port not working? No matter you are using Windows 10/8/7 or Mac, you can read this article to find a proper solution to fix this issue.

In your USB devices, some common things, like keyboards, mice, webcams, trackpads, and gaming controllers, will be included.

There are 2 entities included in the HID protocol – the host and the device. The device means the one as a media interacting with humans, such as a keyboard, headset, or mouse while the host is responsible for communicating with the device.

The host can receive the input data from the device and send the data to the device, and then to the human. Devices define their data packets and then the host will receive a hard-coded array of bytes that describes the device's data packets.

There are three types of data exchange:

HID devices today include a broad range of devices such as alphanumeric displays, bar code readers, volume controls on speakers/headsets, auxiliary displays, sensors, and many others. Many hardware vendors also use HID for their proprietary devices. 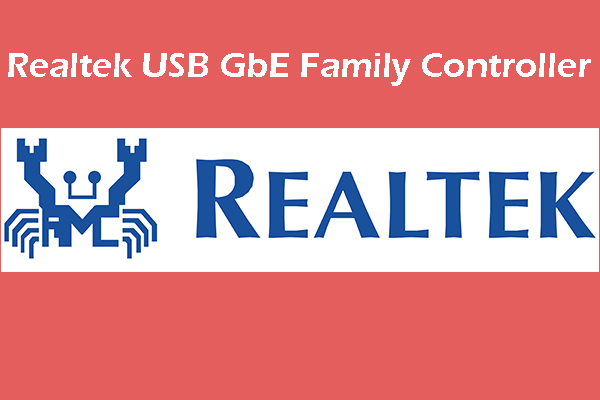 In this post, we will tell you what Realtek USB GbE Family Controller is and how to download and install it on your Windows 10/11 computer.