What Is Memory Swapping

Memory swapping is one of many techniques for memory management in modern systems. It enables the operating system to provide running applications or processes with more memory than is available in physical random access memory (RAM). When the physical system memory is exhausted, memory swapping can be chosen to obtain additional memory.

Tip: To get more details about RAM, please go to the MiniTool official website.

Advantages and Disadvantages of Memory Swapping

The following are the advantages and disadvantages of memory swapping.

Swap space is storage space used as temporary memory capacity when physical memory space has been exhausted. A swap file is a physical disk storage file used by the operating system to expand the swap space of available memory.

In memory management, the operating system uses page tables to segment and define different memory locations. With memory swapping, the contents of memory stored in the physical elements of the page table are copied to disk to keep the same state of the process.

The swap file and its associated memory pages can be restored to different areas of the system's virtual memory, as physical memory is reclaimed by the operating system over time.

Temporary swap files often use fragmented hard drive space. They do not permanently reserve part of the system hard disk, so they are more useful if disk space is limited.

A permanent swap file occupies a contiguous portion of the hard disk. By organizing the swap file in a single contiguous space, fewer I/O operations are required to read or write the full file, so it does not affect system speed or performance as much as a temporary swap file. However, permanent swap files also take up more disk space, so they may slow down your system if this space is already limited.

How Does Memory Swapping Improve Performance

The memory swapping process is managed by the operating system or hypervisor. Swap is usually enabled by default, but users can choose to disable the feature.

The actual memory swapping process and the creation of the swap file is managed automatically by the operating system. It starts when needed because physical RAM is used and processes and applications require additional capacity. As additional RAM is required, the state of physical memory pages is mapped into swap space, thereby implementing a virtual (not physical RAM) memory capacity.

In other words, the main purpose of swapping in memory management is to enable more memory available than the computer hardware has. Sometimes physical memory is allocated and a process requires additional memory. Rather than restricting the system to only physical RAM-based memory, memory swapping enables the operating system and its users to extend memory to disk. 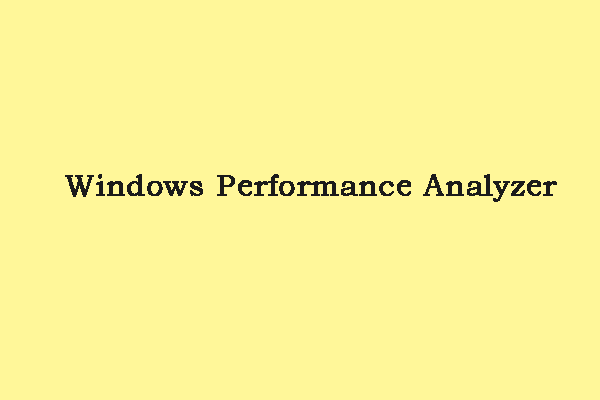 Windows Performance Analyzer – How to Download/Install/Use It