What Is an EXE File? Are EXE Files Safe? – Answers Got Here [MiniTool Wiki]

What Is an EXE File?

An executable file is a file in the format of a portable executable file (PE) that can be loaded into memory and executed by the OS loader. It is an executable program that can float and locate in the OS storage space. For example, the notepad program notepad.exe can be used to edit documents.

Whenever you finish downloading a program from the website, you will get an EXE file in your File Explorer that is used to open software programs. That’s it. A file with the EXE file extension is an executable file.

You will see those software installers named setup.exe or install.exe but once the installation has been finished, the program opens with the EXE file located in the program's installation directory.

Some EXE files may be self-extracting files that extract their contents to a specific folder when opened.

However, one thing you need to notice is that all EXE files are executable files, but not all are EXE files.

Why EXE File Gets Deleted Randomly? How to Stop the Deletion?

EXE files get deleted randomly? If yes, you end up in the right place. This post analyzes why this issue happens and discusses how to solve this issue.

How Does an EXE File Work?

EXE files are a Windows-specific executable file format and when you trigger an executable file, the computer will run the code. Then the low-level code instructs a computer's central processing unit on how to run a program and the processor interprets the machine code and tells the computer's hardware what to do.

To open an EXE file, the method varies with operating systems.

For a graphical user interface-based operating system, the file will start running when you double-click on the file icon.

For a command-line interface-based OS, you need to input the file name in the CLI with the proper syntax and press the Enter key to run the file.

In some cases, the AutoPlay and AutoRun features in Windows execute files automatically when a certain event happens.

For macOS, you need to run Windows itself from within your macOS computer using something called an emulator or virtual machine.

EXE Files can be Dangerous

EXE file has a particular role in computers but, at the same time, EXE files become a great resort to hide viruses or a disguise for malware. You cannot make sure every EXE file is 100% safe. Anyway, executable files that deliver malware are a significant cybersecurity threat. It is hard to avoid such a thing happening.

Some EXE files may appear to be safe and no strange signs occur to remind you of virus intrusion. The whole process just runs well but it runs destructive computer code without your knowledge. In this case, you need to be careful when you open an EXE file.

To avoid that, Windows Defender and other third-party antiviruses will remind you when they detect a potentially malicious file and you need to rethink the installation before done. You’d better find a trustworthy source to get the EXE file and don’t easily open an EXE file that you even find no clue of its source. 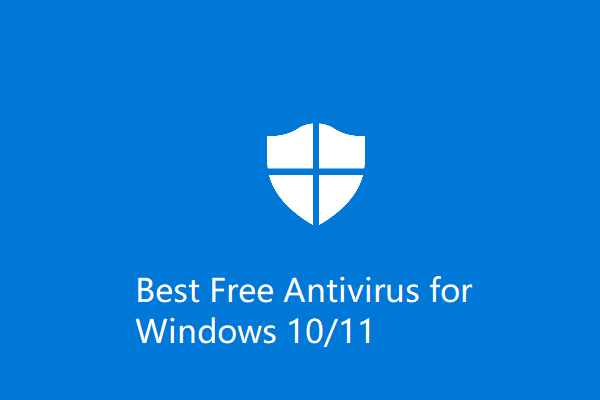 List of 5 best free antivirus for Windows 11/10 computer in 2022. Choose the preferred antivirus program to protect your Windows computer.

Besides, it is recommended to back up your data regularly. Those computer attackers always find their way to break the security fortress, evolving day by day. Backup can be your last line of defense.

This article has given you many details about EXE files. To avoid some viruses hidden in EXE files, antiviruses and firewalls can be helpful and a backup plan can help you minimize the loss.