MIMO Review: What Is MIMO (Multiple-Input and Multiple-Output)? [MiniTool Wiki]

In radio, MIMO (multiple-input and multiple-output) is a method for multiplying the capacity of a radio link using multiple transmission and receiving antennas to exploit multipath propagation. MIMO has become an essential element of wireless communication standards including IEEE 802.11ac (Wi-Fi 5), IEEE 802.11n (Wi-Fi 4), HSPA+ (3G), WiMax, as well as LTE (long term evolution). Also, MIMO has been applied to power-line communication for three-wire installation as part of the ITU G.hn standard and the HomePlug AV2 specification.

In wireless, at one time, the term MIMO was used to indicate the use of multiple antennas at the transmitter and the receiver. Nowadays, MIMO specifically refers to a practical technique for sending and receiving more than one data signal simultaneously over the same radio channel through exploiting multipath propagation.

Although the “multipath” phenomenon may be interesting, it is the usage of orthogonal frequency division multiplexing to encode the channels that is responsible for the increase in data capacity. MIMO is fundamentally different from smart antenna techniques developed to enhance the performance of a single data signal like diversity and beamforming. 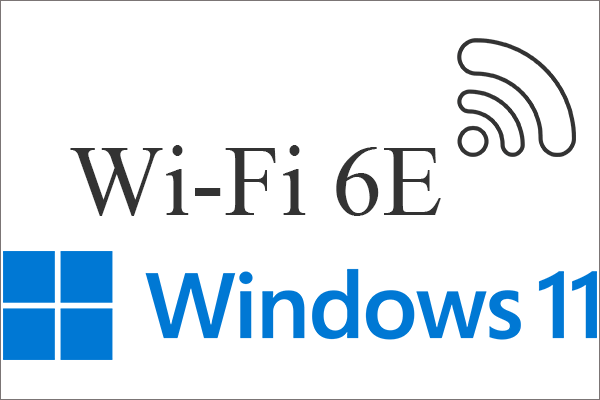 Windows 11 is confirmed to support the latest WiFi 6E technology. What benefits will this bring to us? What’s Wi-Fi 6E and how advanced it is?

In general, there are two forms of MIMO.

Full multi-user MIMO (MU-MIMO) or network MIMO can have a higher potential, the research on (partial) multi user MIMO, or multi-user and multi-antenna MIMO technology is more active.

MU MIMO is a set of multiple-in and multiple-out technologies for multipath wireless communication, in which multiple users or terminals, each radioing over one or more antennas, communicate with one another.

There may be multiple audio outputs on your Windows 10 computer. But don’t worry; you can setup them so as to play sound on different devices.

MIMO routing routes a cluster by a cluster in each hop where the number of nodes in each cluster is larger or equal to one. It is different from conventional (SISO) routing since the latter’s protocols route node-by-node in each hop.

Massive MIMO is a technology where the number of terminals is much less than the number of base station (mobile station) antennas. In a rich scattering environment, the full advantages of the massive MIMO system can be exploited using simple beamforming strategies like MRT (maximum radio transmission), MRC (maximum ratio-combining), and ZF (zero forcing).

Also read: What Is Dual-Band WiFi & Differences to Single-Band WiFi?

Multi-antenna MIMO or single-user MIMO technology has been developed and applied in some standards such as 802.11n products. The following are some special cases of MIMO.