Whether Evernote or OneNote, they are born to offer us a better note-taking experience, but which one is better becomes a topic that always haunts people. This article on MiniTool Website will give you an overview of Evernote vs OneNote and you can get a better understanding of them.

What Are Evernote and OneNote? 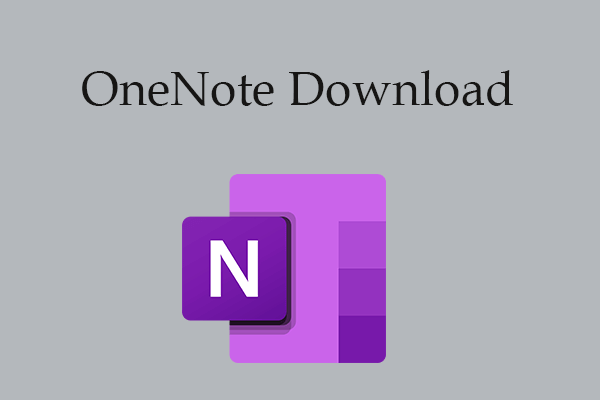 Guide for Microsoft OneNote download and install for Windows 10/11 PC. Also learn how to uninstall and reinstall OneNote on Windows 10/11.

These two note-taking titans have established their reputation worldwide. They are popular among college students and workers as a right hand to improve productivity in their studying and working life.

As note-taking tools, they vied in developing some useful and excellent features to improve the note-taking performance.

Evernote and OneNote both have a free plan, but there are some differences between them in price.

The price may change with time, for details, you can look for the Evernote official website.

OneNote is a built-in program in Windows and that is for free but you can unlock premium features with a Microsoft Office 2019 or Microsoft 365 subscription that starts at $6.99 per month.

Evernote's web clipper can annotate your screenshots and mark parts of the page you want to be highlighted. While OneNote doesn’t allow you to customize the clipping pictures.

Evernote’s OCR can detect 28 typewritten and 11 handwritten languages but this feature is just for Personal and Professional versions. OneNote only supports British and American English.

But the difference lies in that Evernote can integrate with Gmail, Google Drive, Outlook, Slack, Microsoft Teams, and Salesforce without the help of Zapier and IFTTT; while OneNote can synergize well with Microsoft Word and Outlook.

Evernote and OneNote both support two-factor authentication. But if you want to compare Evernote to OneNote in their privacy protection, the winner may be Onenote.

Evernote's data infrastructure is located on Google Cloud and data is encrypted using GCM AES-128 when transferred between the cloud and Evernote data centers. In sleep, the stored data is protected by an AES-256 encryption key managed by Google.

Besides, Evernote protects your copyright and won’t sell it to casual third parties. But Evernote ever encountered a server data loss incidence, at the same time, there are also some privacy controversy making people worry about its security.

Some people doubt that Microsoft may sell their data for advertising or some third-party vendors. That can be a problem triggering people’s opposition. Apart from that, OneNote can protect your data with the help of OneDrive.

OneDrive is the resort to help OneNote security. If you want to know more about OneDrive, you can refer to this article: What Is OneDrive? Do I Need Microsoft OneDrive.

After reading this overview of Evernote vs OneNote, you can have a general picture of their differences. No matter what your choice will be inclined to, these two tools both have their own advantages and you can make your choice based on your own conditions.