What are the differences between Steam Deck and Nintendo Switch? This post from MiniTool helps you realize each device so you can make an informed purchasing decision. Now, continue to read to get more details about Steam Deck vs Switch. 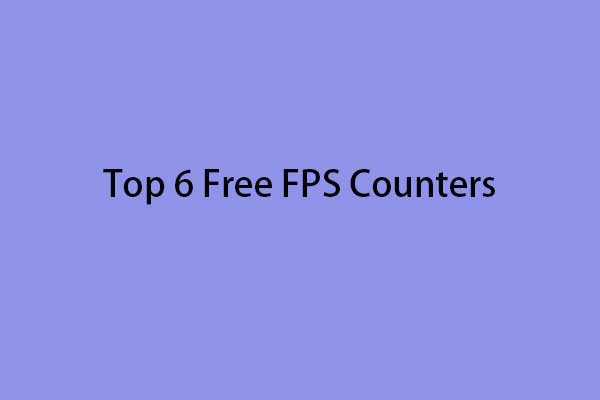 This post provides the top 6 free FPS counters for your to check your PC Game’s FPS. You can choose one of them based on your needs.

You can get a quick preview of their specs from the table below.

Steam Deck has higher clock speeds than the Switch, newer CPU and GPU architectures, larger RAM pools, and faster storage options. The screens are the same size and the resolutions are similar. The Deck uses a 16:10 1280 x 800 resolution, while the Switch is a more traditional 16:9 at 1280 x 720.

There is also storage. The cheapest Deck has the same 64GB limit as the top-tier Switch, but you can also choose a 256GB or 512GB version. The truth is, for just $35, you can buy a 256GB micro SD card which greatly expands the Deck's storage capacity.

There's another difference in battery life for Steam Deck and Switch, depending on what games you're playing. The Steam Deck promises 7-8 hours, while the Switch OLED is targeting 5-9 hours. However, until we can run some apples-to-apples tests, this category will be hard to measure.

Both devices are rectangular consoles with a 7-inch touchscreen in the center. The Switch's OLED screen displays at 720p, while the Steam Deck's LCD screen supports a slightly higher 1280 x 800 resolution. There are directional buttons and analog sticks on the left, and another analog stick and face buttons on the right.

The difference is that the Steam Deck is also equipped with a trackpad on both sides, which may be suitable for PC games and applications that require mouse input. The Steam Deck also comes with a built-in microphone.

The Nintendo Switch is slimmer and easier to carry. It enhances its memory with digital downloads or proprietary game cartridges and microSD support. Steam Deck also supports microSD cards, but since it only allows digital downloads, memory is more important.

When it comes to controllers, the Nintendo Switch has no shortage of options available. The choice is at the heart of the Switch experience, with a variety of gamepads, Joy-Cons and controllers to suit your needs. The Pro Controller is arguably the best because it's similar to the traditional gamepad you'd use on your PlayStation or Xbox.

The Steam Deck, on the other hand, is arguably better in this regard, as it works with just about any modern gamepad, both wired and Bluetooth.

When deciding between two devices, one of the most important aspects is the list of games available for each device

Nintendo’s primary strength is its first-party games, and the Switch is proof of that. While the Nintendo Switch does focus on first-party games, a number of third-party products are also available on the machine. However, your mileage will vary in terms of choice and quality.

Steam Deck, on the other hand, does the exact opposite, supporting almost every game available through Steam. You can see the full list of verified games on the Steam website. There are some limitations here and there, but for the most part, the library is robust, including most modern versions like Elden Ring, and Tunic. 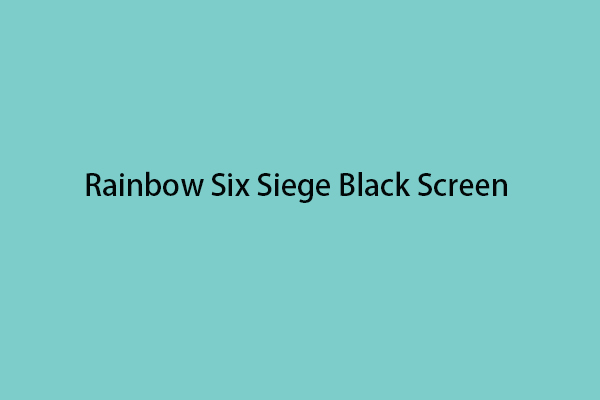 How to Fix Rainbow Six Siege Black Screen on Windows 11/10?

What to do when you encounter the “Rainbow Six Siege black screen” issue? This post provides some useful and feasible solutions for you to fix it.

Both Nintendo Switch and Steam Deck offer exciting mobile gaming experiences, but the Switch is better for exclusive Nintendo games, indie games, and the occasional third-party experience, while Steam Deck focuses on a wider range of games.

If you're looking to jump from indie to full-fledged RPG to competitive online shooter, Steam Deck is probably your best bet. Otherwise, if you're looking for a more casual experience to enjoy with your local friends, you should choose Switch. You can pick one of them based on your needs.