Should I Upgrade To Windows 10 – How To Decide

The study shows that some people rush forward to upgrade Windows 7/8 to Windows 10, while others are still hesitating, since the release of Win 10; they are not sure whether it is worth to upgrade to Windows 10.

"Should I upgrade to Windows 10" becomes the hot question people want to find answer to.

The following are the commonly asked questions related to Win 10 upgrade.

After reading this page, you’ll find answers to these questions.

In addition, I will also walk you through the steps to recover data after system upgrade to Windows 10, in case that any data loss accident happens. You’d better take a look at these steps and then remember them even if you are not stuck in Windows 10 data loss dilemma; after all, the file loss problem may hit on you at any time, who knows.

Should I Upgrade to Windows 10 – Pros & Cons Analysis

Reasons to Upgrade to Windows 10

As long as you have a valid license for a previous Windows OS, like Windows 7 SP1,Windows 8 and Windows 8.1, you are eligible for the free update offered in your system.

You will witness a huge leap in the running speed, especially startup speed. Besides, the DirectX 12 graphics technology brings a speed boost for gaming, offering gamers a new level of immersive performance.

Cortana, as an answer to Apple’s Siri, makes it possible to interact with technology hands-free. You have full voice control through Cortana in order to strengthen the daily control efficiency of PC and tablet.

Secure Boot feature is made to be more secure. The Windows Defender antivirus software and Windows Firewall provide a huge uplift in security. Besides, Device Guard, Microsoft Passport and Windows Hello are added to secure Win 10.

You get Windows 10 – you get the access to universal applications. It’s easy for you to run the apps either windowed or full-screen. And the cross-device compatibility allows to play a game anywhere.

Microsoft Edge is more improved in compatibility and speed. And it’s more in line with the visual style of Win 10. You can annotate while browsing the web and then share or sent the content through sidebar.

Reasons to Not Upgrade to Windows 10

OneDrive was introduced in Win 8 to allow youbrowse the saved files via different Windows devices, without downloading them. But, Microsoft ripped placeholders out of Win 10. And the selective sync is seen as a problem by some people.

You have no choice but to install every update Microsoft pushes out. This means you lose the control over updating your machine. What’s worse, it may cause a series of problems that normal users can’t fix.

Microsoft can’t help you to make sure whether the hardware & software running good in the old computer OS can still work fine in the new OS. Your work or study may be affected if the apps you rely on are not compatible with Win 10.

Win 10 is set up to collect more information and send feedback to Microsoft, by default. It gathers data through Cortana, Windows Store, Edge browser, etc.

After Windows 8 pushed Windows Media Center and DVD Support into a dark corner, Windows 10 finally kills them. The reasons are Windows Media Center is not used by many users, and the needs for DVD playing is decreasing. But, for people who are fond of these two features, Win 10 will bring so much inconvenience.

Windows 10 Upgrade Problems You May Encounter

3 main obstacles you need to overcome when upgrading to Win 10.

You can roll back from Windows 10 to a previous system if you're unpleasant with the new system. But, you should be careful about Win 10 file loss.

How to work out if there’s not enough space for Win 10.

Also, you can wait to upgrade your system to Windows 10 until you figure out what you really need or until Microsoft releases solutions to fixing the problems you are very concerned about. You have enough reasons to wait for Windows 10 upgrade.

Retrieve files on Windows 10 within only 3 steps. 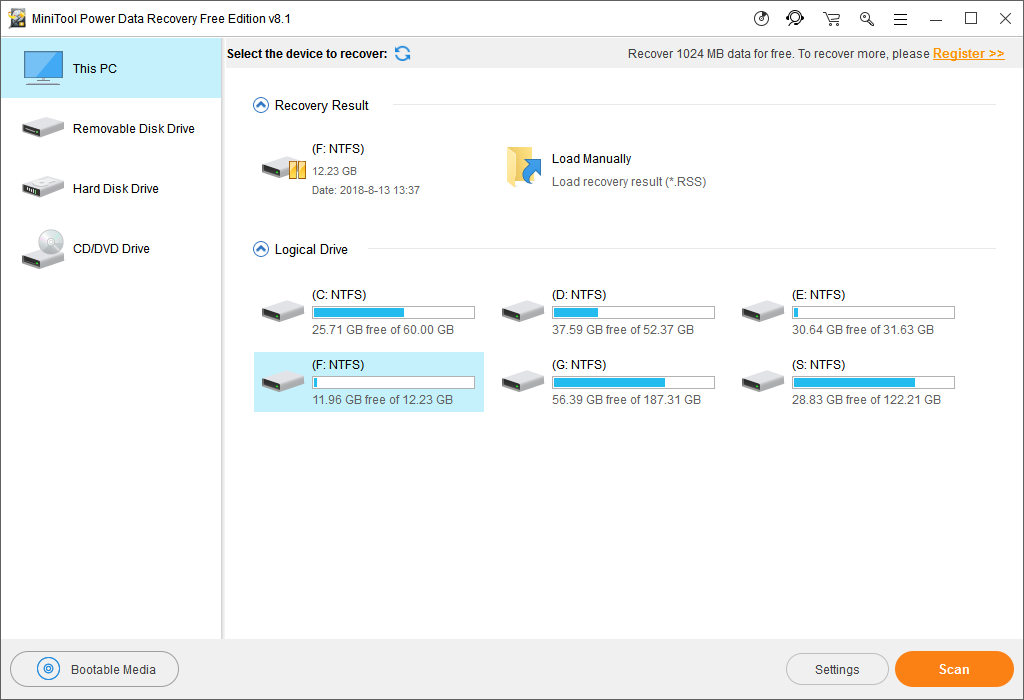 Step one: Launch MiniTool Power Data Recovery, and then select a data recovery module according to actual needs. 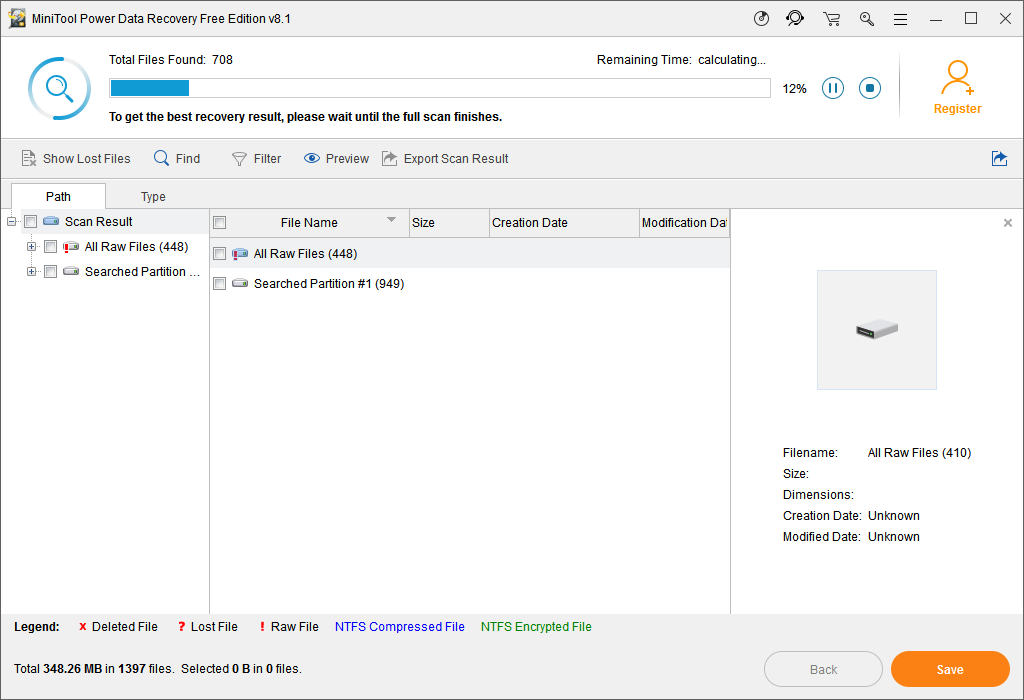 Step two: Select the target drive to scan by pressing "Scan" and wait for the completion of the scan. 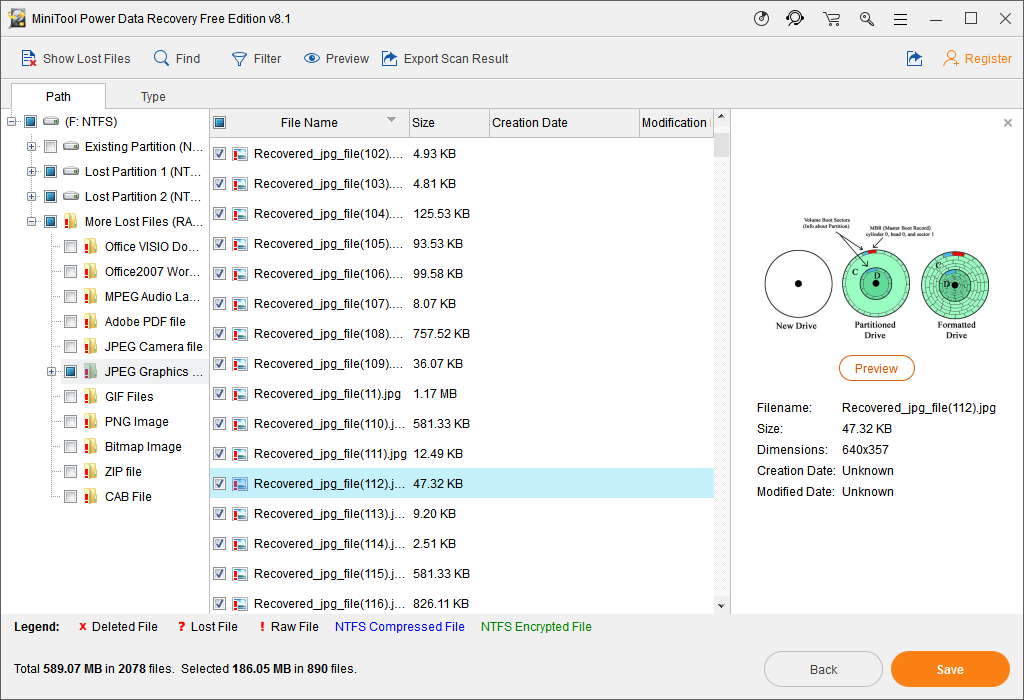 Step three: Select all needed files and then press "Save" button to store them.

Products you may need to recover lost files after Windows update. Discover More…