A large number of users want to upgrade to SSD for gaming. Do games run better on SSD? SSD vs HDD gaming, which is better? If you are also trying to figure it out, this post of MiniTool is what you are looking for.

As you know, most SSDs provide faster speeds than standard HDD when loading a file. However, many people report that the overall performance of an SSD is the same as an HDD. How much of difference does an SSD really make for gaming? Perhaps you have the same questions as the user on tom’s hardware forum.

I've recently switched my games to SSD and while overall performance is the same I have noticed the SSD provides a somewhat smoother experience in open-world games such as bf1 and battlefront 2. While an SSD is more expensive. Many users report that an SSD will improve the FPS. Is it really? SSD or HDD for gaming which is better? Also, I want to know how to move many games to an SSD without reinstalling OS.https://forums.tomshardware.com/threads/ssd-vs-hdd-for-games-in-2018-and-beyond.3276112/

How Your Storage Device Affects Gaming

Do games run better on SSD? To figure this question out, it is necessary to understand how the storage disk affects gaming. There is no doubt that most SSDs provide faster data transfer speed than a usual HDD. When installing games on an SSD, the loading time will be reduced drastically.

Storage capacity plays an important role in gaming download and installation. For example, most modern games require large storage space to download and install like Call of Duty, League of Legends, etc. Without enough free space, gaming will be affected.

Many people are confused about whether an SSD increases the FPS (Frame Rate) for gaming. In fact, an SSD has little impact on the FPS. A good GPU is the key factor to get high FPS. Besides, RAM size and CPU speed are important as well.

In addition to the above factors, durability and lifespan are also should be taken into consideration when choosing an SSD or HDD for gaming. To help you make a wise choice, the following part will analyze SSD vs HDD gaming in detail.

SSD VS HDD for Gaming

Is SSD or HDD better for gaming? We will explore this question from the following 5 aspects including data speed, durability, lifespan, capacity, and price.

HDD vs SSD gaming which is faster? Most SSDs have faster data transfer speed than a standard HDD, which reduces the loading time when reading game files. It means users can enjoy a smooth gaming experience when using an SSD. Sometimes, however, a certain hard disk drive like 10000 RPM HDD has faster data speed.

As you know, the data speeds vary depending on the devices in reality. If you want to get the exact data speed, you can make full use of a free disk benchmark tool – MiniTool Partition Wizard. It is a practical tool that can be used to measure the performance of the Ultra M.2 SSD, PCIe 4.0 NVMe SSD, and so on.

Moreover, this tool provides many powerful features such as convert FAT to NTFS without data loss, convert MBR to GPT, change cluster size, data recovery, format disk, etc. Now, download MiniTool Partition Wizard by clicking on the following button and install it on your game PC.

Step 1. Connect the storage device that you want to measure to your PC and launch MiniTool Partition Wizard to get its main interface.

Step 3. Select the drive letter of the target disk from the drop-down menu and set parameters based on your needs. After that, click on the Start button.

Step 4. Wait for several seconds to get the disk performance test result. According to the test report, you can know some important information including transfer size, random sequential read and write speed, etc.

Do games run better on SSD? Now, you should get the exact data speed of an SSD or HDD by using MiniTool Partition Wizard.

Durability is an important factor when comparing HDD vs SSD gaming. When it comes to a harsh environment, SSD can perform better than HDD. It still can function even under the conditions of shocks, vibration, accidental drops, magnetic fields, and extreme temperatures. This is because SSDs don’t have any moving part and actuator arms.

On the contrary, HDDs are designed with a spinning disk and a moving read/write head. This type of structure makes HDDs much easier to get external damage. So, you can choose an SSD for gaming if you want to get good durability.

When choosing SSD or HDD for gaming, a lot of users are concerned about the overall lifespan. Generally speaking, HDDs tend to use longer time than SSDs. An SSD doesn’t have any moving parts, but it’s limited at the number of times that can write and read.

Most SSDs have a limited life span that is estimated to last for 5 years. In high stress and fast-read environment, however, SSDs will last longer than hard disk drives. In addition, there are some other differences between HDD vs SSD gaming. For example, their capacity, price, and generate noise.

As you know, an SSD usually is more expensive than an HDD in terms of dollar per gigabyte. A 1TB internal hard drive can cost between $30 and $50 on Amazon, while most 1TB SSDs are sold beyond $100 and some advanced SSDs are sold more than $300 on Amazon.

So, it can be inferred that an HDD can provide a larger storage capacity than an SSD at the same price. It is a big advantage that you can enjoy from an HDD. In recent years, HDD manufacturers have made a remarkable breakthrough in technology to keep more and more data on HD platters, which means users can benefit from larger and larger drive sizes.

It is reported that Seagate has released the world’s first 16TB 3.5-inch hard drive with HAMR technology and Western Digital will release a large capacity HDD up to 20TB in 2020. However, most common SSDs capacities are around 500GB to 2TB.

Therefore, HDDs can offer much higher value if you want to use a large capacity. Also, it is a good choice to use an SSD and HDD at the same time for a better gaming experience. You can install OS and games on the SSD while storing large personal files on the HDD.

As mentioned above, an SSD doesn’t have any moving parts and actuator arms. So, it can run completely silently, while an HDD will produce a certain amount of noise. The noise of an HDD comes from 2 main factors – RPM and Age.

Usually, most hard disk drives can spin 7200 rotations per minute, while some certain HDDs can spin up to 15000RPM. The faster an HDD spins, the louder noise it will produce. The moving parts are important to the function. An HDD will become louder over time due to the mechanisms wearing or physical damage.

SSD or HDD for gaming which one should you choose? I believe that you already have an answer according to the above analysis. SSDs win over HDDs from the aspects of speed, durability, lifespan, and noise. Well, it would be better to install an SSD with the existing HDD if possible.

How Do I Install Games on SSD

Now, a problem comes into being. How to install games on SSD without reinstalling OS? Here you can use MiniTool Partition Wizard Pro Ultimate Edition. It can help you copy the existing HDD to your SSD with ease. To do so, follow the detailed steps below.

Step 1. Connect the SSD to your PC and launch the software to get its main interface.

Step 2. Click on Copy Disk Wizard feature at the left pane and click on the Next button in the pop-up window.

Step 3. Select the original HDD that you would like to copy and click on the Next button.

Step 4. Now, select the SSD that you prepare to store games and click on Next to continue. Then click on Yes to confirm this operation.

Note: All the data on the target disk will be deleted during the copy operation. So, please make sure you back up all important data in advance.

Step 5. Select a copy method based on your needs and click Next to continue.

Now, all the data including OS and games on the original hard disk have been transferred to the SSD.

I’m ready to upgrade my gaming PC. SSD or HDD for gaming which is better? This question confuses lots of people. If you are looking for the answer, this post is what you need.Click to Tweet

Today, we mainly talk about SSD vs HDD gaming and provide a full guide to install games on SSD. Do you have any problems with this topic? You can leave any ideas in the comment area. If you encounter any problems when installing games on SSD, you can also send us an e-mail via [email protected]. We will help you as soon as possible.

SSD or HDD for Gaming FAQ

Is SSD or HDD better for gaming?
Of course, it is. An SSD is much faster when booting and loading games than an HDD. But most SSDs are more expensive than an HDD at the same capacity. If you don’t prepare much budget for the SSD, the most effective way is to install a small SSD on the existing HDD.
Does SSD increase FPS?
SSD has no direct impact on increasing FPS while playing games. The FPS is related to GPU, RAM size, and CPU speed. Among them, GPU is the key factor. If you want to increase FPS, you can consider upgrading the Graphics card.
Can you run games on an external SSD?
A lot of games can run well on an external HDD and SSD. If there is not enough free space on the internal hard drive, you can try using an external SSD to run games. The speed of running games on external SSD also depends on the connection type.
How to migrate Steam games to another drive?

Here is a simple guide to migrate games. If you want to know more information, you can refer to this post. 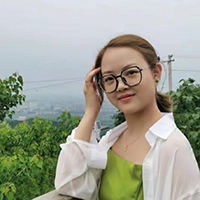