If you want to talk to someone who speaks in another language, you can use Google Translate app or other voice translators to translate your voice into another language. Check the guides in this post. If you are looking for solutions for other computer problems, you can visit MiniTool Software official website.

Guide for Google Translate By Voice

Google Translate By Voice on Computer:

Google Translate By Voice on Android:

Alternatively, you can also tap the Transcribe option and start speaking what you want to translate. Then tap the microphone icon to pause or stop the transcription. After that, you can see the transcript, copy and paste it to another place. 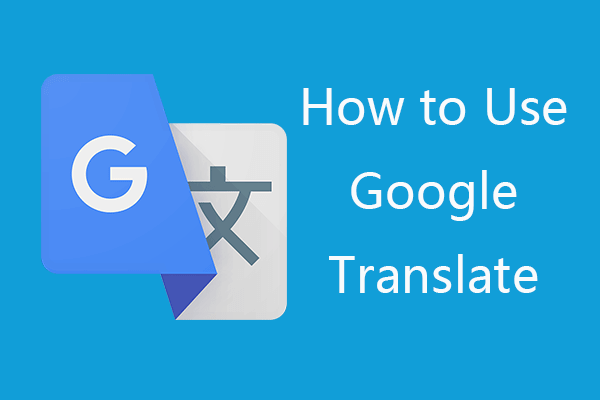 This post teaches you how to download and use Google Translate on computer, iPhone, iPad, Android phone/tablet to translate text, images, voice, etc.

The Conversation mode of Google Translate also lets you translate real-time conversations. It helps you with a back and forth translated conversation with someone else.

How to Translate a Web Page in Google Chrome

In the end, talking about MiniTool Software, it is a top software company that has released some popular computer software for users.

How to Translate a Website on Chrome with Google Translate

Detailed instructions for how to translate a website on Chrome. You can easily translate websites or documents to your native language with Google Translate.