According to reports, Microsoft changes Windows 10’s update model, which means there will be more significant changes and less yearly updates & insider changes. Now, let’s go to see some information about this piece of news.

Windows Update is a Microsoft service for Windows 9x and Windows NT series operating systems, which can automatically download and install Microsoft Windows software updates over the Internet. Microsoft said they would outline new directions for Windows 10's update model and there would be some significant changes.

Windows updates were first delivered to the Fast Ring Windows Insider tester for early evaluation. Then these builds were then sent to the Slow Ring for a second tester after several rounds of improvements. 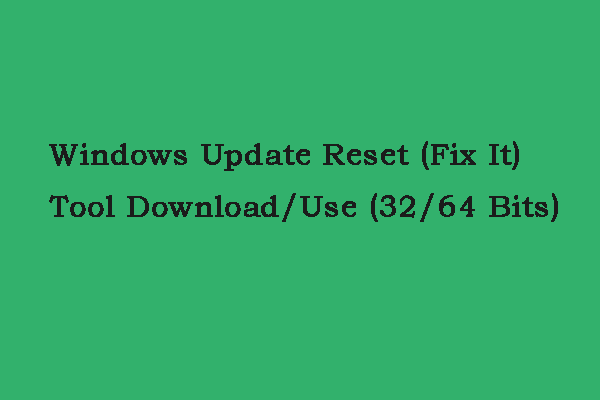 Do you need to download Windows Update Reset (fix it) Tool? How to download it? How to use it? This post tells you the answers to the above questions.

Besides, the number of major operating system updates per year is reduced from two to one. In addition, they will launch major upgrades in the spring and minor upgrades in the fall. At the same time, the Slow Ring will work on doing the expected minor updates for each major update.

Microsoft changes the update model of Windows 10 that will not take effect until you run it in May 1903 - before upgrading to 1903 or later, you still need to perform the major update process at least once more. However, once you are on version 1903, you will be able to get Windows 10 version 1909 as a smaller, bite-sized package.

What Is Windows 10 LTSB? Should You Run It? How to Get It?

On July 1, the Slow Ring instead got an apparently new version of the 19H2, which was never touched by Fast Ring.

Computerworld's Greg Kaiser thinks that this isn't a one-off blip with the version of 19H2, but it is a significant change in how Windows 10 preview builds will be deployed from now on. The key point is that Microsoft did not describe 19H2 as a full-featured new version and it was not deployed as a complete operating system replacement.

When these changes are put together, you can find it looks like the change to the major/minor release cycle that is previously speculated. This will be in line with the spirit of Windows Insiders' agreement on the Slow Ring, even if the letter is slightly ambiguous: these Slow Ring insiders no longer get the Fast Ring seconds, but they are not required to test the major new features.

At another starting point, the Slow Ring is now given new builds and features gradually instead of immediately. The Slow Ring is currently testing Windows 10 1909 and is scheduled for release in September.

Besides, currently, the Windows Insider Fast Ring is testing Windows 10 2003 (March 2020). After completing the test of this build, assuming Microsoft retains this new strategy, the Fast Ring will move to Windows 10, 2103.

Microsoft says that the new features in the second minor update will not be launched immediately, even to their insiders. Instead, over time, these updates will be unlocked for users. Microsoft says this is a Control Feature Rollout, which is used to ensure that the company always has a good understanding of the overall build quality.

Tip: You had better back up the system before the update so that you can restore it to the previous state when the system crashes. Please read this post: Back up Windows 10 to USB Drive: Two Simple Ways Are Here!
Download and Install Windows ADK for Windows [Full Versions]

What is Windows ADK? How to download and install Windows ADK? No matter which version of windows you use, this post will provide you with a download link.

The changes of Windows 10 update model imply that Microsoft will spend more time perfecting each major build, rather than launching two versions each year. In addition, Microsoft changes the update model of Windows 10 can help Microsoft to check for errors and ensure that it does not introduce critical issues to you. 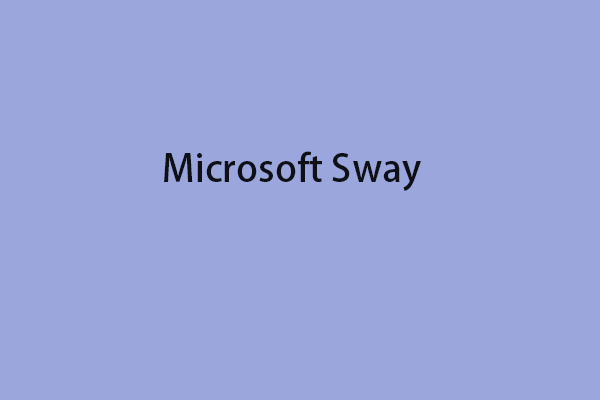 What Is Microsoft Sway? How to Sign in/Download/Use It?