This article dissertated by MiniTool official web page gives a complete review on the topic “reboot to bootloader”. It covers its meaning, necessaries, methods, functions, as well as some related knowledge. After reading the content below, you will get everything you want!

What Does Reboot to Bootloader Mean?

The bootloader is a set of instructions that tell the operating system (OS) what to load and in what order. It has a defined kernel to run by default. Thus, the bootloader stops executing when its work is done.

Android smartphones have three different modes, system, recovery, and bootloader (download). Rebooting to the system is the normal action of the cellphone, which you usually do when your phone is stuck. It will close all your running applications and enable you to operate smoothly.

[3 Ways] How to Connect Xbox Controller to Windows 11?

If you reboot your phone to recovery mode, you are able to reset your mobile to factory settings or install Android OS updates.

You can also reboot to download mode (aka bootloader) to flash firmware to your phone’s partitions including system partition, recovery partition, radio partition, and so on. Reboot from bootloader effectively unlocks the set parameters and enables users to personalize the stock operating software. Yet, use it with caution for a simple mistake will require a big price – data loss.

Why Need to Reboot to Bootloader?

You may need to restart bootloader when your mobile phone cannot boot normally or when you need to use specific system tools to deal with some problems. Below is a list of some common reasons to restart to bootloader mode.

How to Reboot to Bootloader?

#1 Reboot to Bootloader by Key Combination

The keys to restart bootloader varies from different phones. Commonly, at boot, you need to press the volume down and power button. The following is a list of the special buttons for rebooting different brands of phones into bootloader.

If you have ADB, a versatile command-line tool that enables you to communicate with a device, installed on your machine, you can also run the following command to reboot your device into bootloader.

typically, it will prompt to ask you whether you want to go into download mode or not. You will enter the mode by confirming the question.

For most mobile phones, you need a fastboot reboot bootloader tool to achieve the purpose. If you are using Samsung smartphones (Galaxy S5, S6, S7, S8, S9, or Samsung Note 3, Note 4, Note5, etc.), you have to take advantage of Odin instead of ADB.

#3 How to Exit Bootloader Mode?

For Samsung phone users, you can use the home + power + both volume buttons to exit the bootloader download/bootloader mode.

[Review] What Is Windows 11 LTSC and When Will It Be Released?

What does Windows 11 LTSC mean? When will it be available? What’s the difference between Windows 11 and Windows 10 support timelines?

What Does Reboot to Bootloader Do?

Just as mentioned in the above content, rebooting bootloader has the following functions. In general, restarting bootloader to fastboot mode assists you to customize your phone to a better extent and solve issues.

The most common operation you can execute under bootloader mode is unlocking bootloader, which is locked by default on many Android devices. A locked bootloader prevents third-party files from being flashed. So, if you want to flash those files, you need to unlock the boot loader.

Fastboot flashing unlock (for phones produced in 2015 and later)

Fastboot oem unlock (for phones produced in 2014 and former)

After successfully unlocking the bootloader, you can install a custom system. if done correctly, you are allowed to customize your smartphone to a greater extent. However, it may cause your phone and apps to unworkable. Besides, unlocking boot loader will delete all data on your phone. So, back up important data before unlocking.

If you mistakenly unlocked your phone without backups and lost your data, you may try MiniTool Mobile Recovery for Android Free to recover your data.

Flash a device will also remove all user data. To do that, reboot to bootloader fastboot mode and run fastboot flashall -w command. The “-w” option wipes the data partition on the phone.

In bootloader mode, there is a recovery option that will lead you to Android’s stock recovery mode. Yet, the stock recovery mode has limited options. For more recovery features or third-party files, you need to flash a custom recovery such as TWRP or CWM on your device.

In most cases, you don’t need to relock your bootloader for it is locked by default. Even if you unlocked it, there is also no need to relock it. Yet, if you’d like to return to the stock firmware without flashing any files or further flashing, you should relock the boot loader.

To re-lock the bootloader, use one of the below commands:

Fastboot flashing lock (for phones produced in 2015 and later)

Fastboot oem lock (for phones produced in 2014 and former)

Relock the bootloader may also erase all user data on some cellphones like Motorola Xoom. 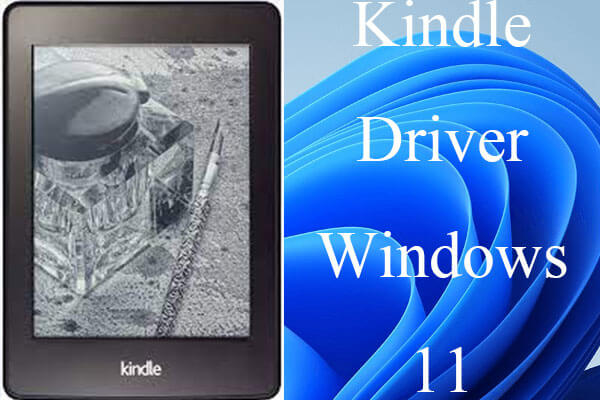 Where to download Kindle driver Windows 11? What is it? How to handle Kindle-related errors including not working, not detecting, or not showing up?

How long does it take to reboot to bootloader?

It varies from different Android phones. Generally, it only takes a few seconds to get into bootloader mode.

No, it doesn’t. Yet, unlocking bootloader or flashing your device will surely erase all your data. And, to relock bootloader may delete your data.

How to fix reboot bootloader not working problem?

You need to rely on some Android system recovery instrument (e.g. DroidKit) to get your phone repaired.

What’s the difference between bootloader mode and recovery mode?