Windows 10 fall upgrade is a service pack which means it will not contain major features but some fixes and improvements. This feature update for Windows 10 is named as 19H2 and it will be released on September 2019. Click here to get more information from MiniTool website.

Microsoft released two previews on Thursday, and this new feature update for Windows 10 is called as 19H2. It is a reference to the twice-yearly Windows 10 upgrade for the second half of the year. Some volunteer participants in the Windows 10 beta program will get one version, and others will get another.

Microsoft is testing the ability to ship these updates that include disabled (default) features. Then, Microsoft turns these features on with controlled feature rollouts, which could help Microsoft get better feedback on overall build quality.

This off-on does not confirm the service pack-esque feature of Windows 10 1909, the likely official yymm label for 19H2 which will be launched next month.

Early last month, Microsoft announced that the second refresh of the year will not be a regular feature update, but a scaled-down upgrade via the same service that provides patches to Windows every month. That means the fall update will be very similar to the old service packs of Windows 7 and before.

A service pack usually contains the cumulative updates of the past, recent or not. It rarely contains new features. Microsoft last released one in February 2011 when it released Service Pack 1, or SP1 of Windows 7.

The service pack of 19H2/1909 is the core of later analysis of the impact of the upgrade changes. Microsoft has cut back on feature upgrades, and the real function upgrade only be released once a year. Pervious fall updates will be scaled down to service packs.

Under such a situation, if you are an enterprise customer, you are able to reduce refreshes to once a year, and possibly once every two years.

Tip: Click to get more information from this post: Microsoft Changes the Update Model of Windows 10 Recently.

It's clear from the handful of features announced last week that 19H2/1909 will be a service pack that is roughly the same as the May 2019 Update. Those features even have less impact.

There is clearly nothing earth-shattering or groundbreaking about the service pack of Windows 10 fall upgrade.

For Windows 10 1909, Microsoft hasn’t give a specific date, but says the date will be “in September”. Until now, it unlikely appears that the 19H2/1909 will have extra features.

To sum up, this post has shown you much information about the Windows 10 fall upgrade. The next update to Windows 10 will be just a few tweaks and improvements to Windows 10 1903 in May. 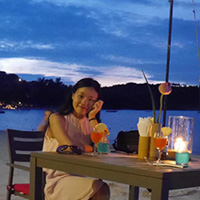